As one of the most important wine and spirits trade fair in China, ProWine China is hosting its largest ever edition in Shanghai this November. 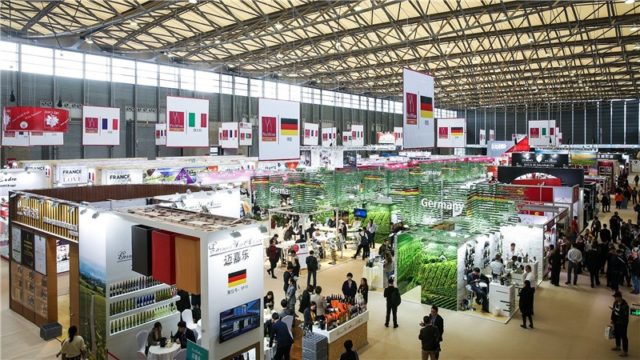 The seventh edition of ProWine China will be held in the Shanghai New International Expo Center (SNIEC) in Shanghai from 12-14 November 2019. The organiser said this year they expect to welcome over 800 exhibitors showcasing wines and spirits from 35 countries and regions.

The biggest exhibiting nations at the fair will be France and Italy, followed by Spain, Australia, Germany and Portugal with their biggest stands yet.

The booth for France is measuring around 1,000 m², and the space for Italy has an over 60% increase compared to the previous year. For Germany the Federal Ministry of Food and Agriculture (BMEL) in cooperation with the German Wine Institute (DWI) has announced the biggest investment in the fair so far.

Likewise, Austria and Portugal have significantly enlarged their presence with country pavilions. Serbia and Bulgaria will also be presenting their own national stands – thereby also adding to the newcomers at this year’s ProWine China.

Inter Beaujolais from France and D.O. Montsant from Spain will be taking part for the first time as well as some well-known regions from Italy, including the Consorzio Vino Chianti Classico, Consorzio Vino Nobile di Montepulciano, Consorzio Piemonte Land of Perfection or Enoteca Regionale Emilia Romagna.

The trade fair will feature a high calibre lecture programme hosted by important figures in the industry including Fongyee Walker MW, Edward Ragg MW and Lu Yang. On top of that, there will be an array of masterclasses held by WSET, the Japan Saké and Shochu Makers Association and AWSEC (Asia Wine and Service Education Centre).

ProWine China will be accompanied by major satellite industry events in the city. On 11 November the seventh Wine Australia China Awards will be presented at a gala ceremony, while the reception and dinner of the China Wine Union will be held on 14 November.