The producer of Japan’s first gin, the Kyoto Distillery, has launched a new ultra-premium expression made with Okuno Yama tea, which will retail for ¥50,000 (£386.) 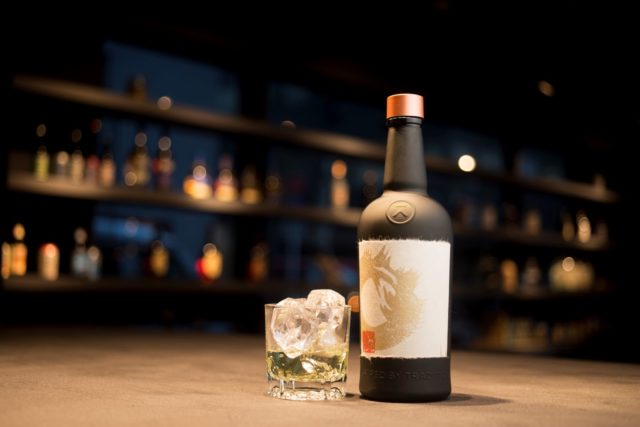 Called Ki No Jyu Gin Series 1 Gyokuro, it is the first expression in the new Kyoto Gin Series.

To make the gin, the distillery collaborated with tea farmer Horii Shichimeien from Uji, Kyoto, who also provides tea leaves for use in the producer’s other expressions.

Made from the Okuno Yama strain of gyokuro green tea, known for their intense umami flavours, the leaves are sourced from Uji’s oldest tea garden, which dates back to the 15th century.

Head distiller Alex Davies and his team took almost a year to develop the final project, which is bottled at 47% ABV.

The company describes the gin as having “rich green tea notes and fresh citrus” with “floral areas and hints of sweetness”.

The gin’s labels have been made by the Kira Karacho studio, part of an institution which was founded in Kyoto in 1624. Divided into six pieces, the jewel design label is hand-printed on local washi paper using hand-carved woodblocks. The velvet bottle bag and wooden gift box have also been made by local craftsmen.

Available in “small quantities” (108 bottles according the website) the gin has been launched in Japan with an international roll-out expected in 2020.

Kyoto Distillery announced the launch of its first gin, rice-based Ki No Bi, back in 2016 when it was granted a production licence. The gin was then rolled out internationally in 2017. The distillery itself was founded in 2015.