With just 65 hectares of vines, the emerging wine region of Chubut in Patagonia is Argentina’s most southerly region. db speaks to producers about the exciting expressions being produced, despite challenging conditions. 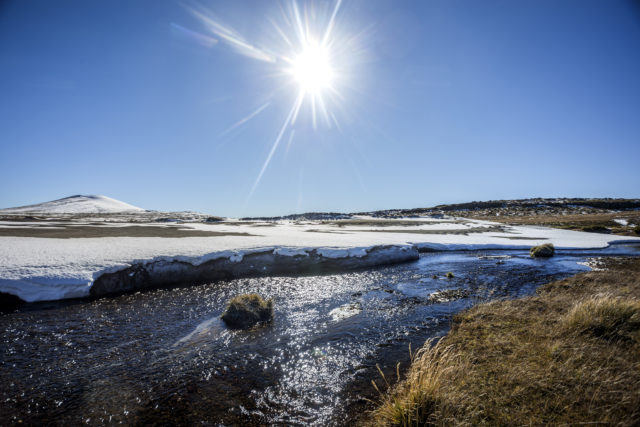 Patagonia encompasses over 50% of the total landmass of Argentina, but just 5% of its population. Consisting of four main wine-producing provinces – La Pampa, Neuquén, Río Negro and Chubut – despite its size, the region only has 1.88% of the country’s vineyards. While the first winery opened, in Río Negro, in 1909, much of the rest of the GI is relatively new, particularly Chubut.

Just 65 hectares of vines are planted in Chubut, 50ha of which are controlled by Bodega Otronia in Sarmiento. These are among the southernmost vineyards in the world, occupying a latitude of 45°. With winds as high as 110kmph and rainfall as low as 200mm per year, Maximo Rocca, commercial director of Otronia, describes it as a totally “new way of winemaking in a new world of wine production”.

“Our winemakers decided not to talk about terroir but micro-terroir,” he says, noting how from the start, the producer’s vineyards have been divided into blocks. Achieving just half a kilo of grapes per plant, Otronia has invested in a series of different-sized untoasted foudres, as well as concrete tanks and eggs in which to age its wines.

With two traditional method sparklers made from Chardonnay and Pinot Noir in the pipeline, Otronia has released just two wines: a white blend made from Gewürztraminer, Pinot Gris and Chardonnay; and a single varietal Chardonnay, made from a blend of two blocks.

“It’s going to be a word-of-mouth project,” says Rocca. “It’s difficult to explain what we’re doing in just one sentence.

Praising the support of the local government, he says the winery aims to work with sommeliers to create “a team of ambassadors to communicate what Chubut is doing and tell the story”.

Moving northwest, around the towns of Trevelen and El Bolsón, rainfall is higher and conditions are less blustery, but frost is a near constant threat.

With the majority of producers having just a couple of vintages under their belts, this is a region still finding its feet, both in terms of the grapes that can be grown and the style it should produce. 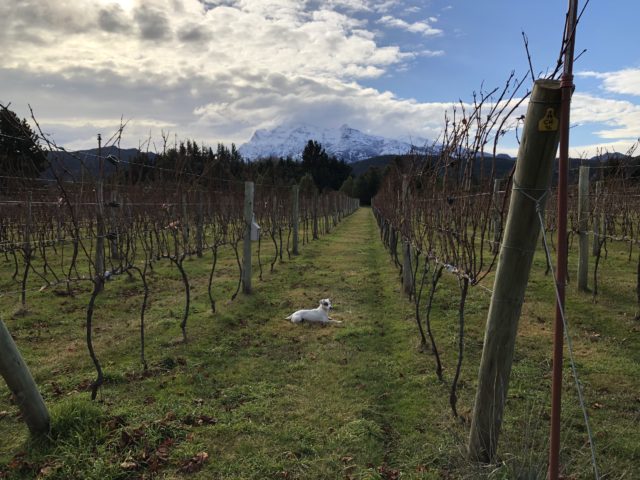 Like Otronia, Casa Yagüe is also experimenting with sparkling, having also released a Sauvignon Blanc and two single-varietal Chardonnays, one with oak, the other without. “We want to do a lot of things, but we’re going step by step,” explains Juli Yagüe, head of PR and trainee winemaker, who recounts how the winery has an automatic sprinkler- and frost-prevention system, which is triggered when the temperature drops below 0ºC. The winery has just planted Pinot Noir and has the potential to produce a maximum of 20,000 litres.

At Nant y Fall, based in the curiously named Valle 16 de Octubre outside of Trevelen, Pinot Noir is the most planted variety. Having released two wines – a still red Pinot Noir and a rosé Pinot Noir – the producer hopes to launch a Riesling and a Gewürztraminer in December.

With the aim of producing 17,000 bottles once all 2.5ha are in production, Rodriguez is experimenting with his first oak barrels, as well as using different yeasts in his Pinot Noir to enhance both the structure and the aromatic profile.

Two hours’ drive further north, fellow family-owned producer Chacra Adamow has had its fair share of hardships. Having been assured that its site was frost-free, the producer lost 60% of its first crop in its first year. Proving resilient, it replanted its damaged vines and is aiming to hit the 10,000 mark in order to be “commercial”. 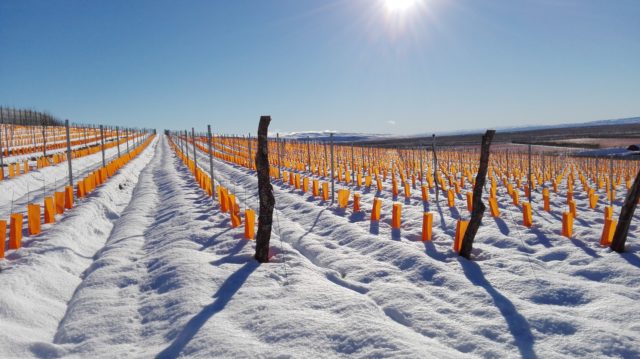 Planted with Pinot Noir and Sauvignon Blanc, Pedro Adamow, the owner of the estate, says: “We were excited by the result we achieved in 2015, but we know there are still many problems to overcome. The goal is to keep 10,000 vines alive then build our own winery. Our dream is to have an oenotourism business with a restaurant, hotel and tasting room.”

At such an early stage of proceedings, and without viticultural knowledge of the area, Adamow describes each vintage as “a silver bullet”.

“You only get one shot then you have to wait another year to correct any mistakes that you made,” he says. “It can be frustrating.”

Adamow’s wines are made by Camilo De Bernardi of Familia De Bernardi, just over the border into Río Negro by the town of El Bolsón.

Another producer that is overcoming challenging conditions and using them to its advantage is Familia Ayestarán, which produces wine under the Oriundo label. Winemaker Darío González Maldonado told db that he’d made what he believes to be Argentina’s first ice wine. Made from 100% Gewürtztraminer, Maldonado explained that he harvested the grapes when temperatures hit -8 degrees Celsius and followed the regulations that govern ice wine production in Canada and Germany. Argentina has no guidelines for this type of wine.

The resulting 11% ABV wine contains 50g/l of residual sugar, with only 300 bottles made in total. Having taken control of an abandoned 17-year-old vineyard in El Hoyo back in 2014, Familia Ayestarán had its first proper vintage in 2017 and also produces a Merlot, white blend and a sparkling wine.

“I’m focusing on getting the acid balance right at the moment,” he says, confessing that he is still not completely satisfied with the style of his wines.

However, despite struggling with frost, he noted that his reds were able to achieve almost 14% ABV – much higher than other wines in the area.

Plans are afoot to help local restaurants stock wines from Chubut, while the government is organising a press trip to the region for journalists based in Buenos Aires.

As things stand, Otronia’s Rocca notes: “Chubut’s wines need to be consumed with knowledge. There’s a trend for wine production in cool and extreme areas, but we’re all still learning because it’s all so different from how they do things in Mendoza. You’ve got to bear in mind that we’re 2,000km further south,” he says.

That distance, however, is also a blessing. Argentina now has a new region capable of producing aromatic white varieties and fresher, light reds, while the acidity achieved in grapes provides an ideal base wine for sparkling. Chubut’s potential, therefore, is far-reaching.