Netflix original film Outlaw King has its own whisky

Lowland distillery Annandale has created a Scotch whisky in partnership with a Netflix-original film based on the life of Robert the Bruce. 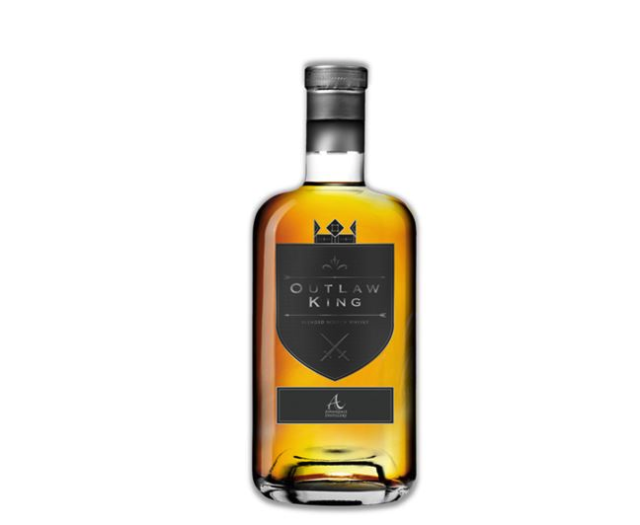 Outlaw King, which was first released in November 2018, follows the life of the 14th century monarch and seventh lord of Annandale, who became one of Scotland’s most famous historical figures when rebelled against the English monarchy after the execution of William Wallace.

The new whisky was unveiled at a screening of the film at Annandale Distillery on Saturday 10 August, attended by Outlaw King stars James Cosmo and Tony Curran, director David Mackenzie and producer Gillian Berrie, and co-producers Danny McGrath and Brian Coffey.

The whisky features premium single malt and grain Scotch whiskies from the distillery. When it comes to the dram itself, it is “fresh on the nose” with notes of green apple, toffee and vanilla. It has a long finish with hints of orange peel and pine resin, according to the distillery.

“Film tourism is booming in Scotland, with Netflix’s Outlaw King one of the most recent films to feature the country on-screen.

“Whisky tourism also plays an important role in the visitor experience, particularly for our international visitors, with one in five visiting a distillery as part of their trip and many more sampling it in our bars and restaurants.

“We’re delighted to support this event in Dumfries & Galloway which brings the region’s connections to Robert the Bruce and our national drink to the fore.”