US firm closing in on Majestic

A Japanese-owned US equity firm is apparently closing in on securing UK wine retailer Majestic, and reportedly has former Tesco and BBR man Dan Jago in its sights to head up the business. 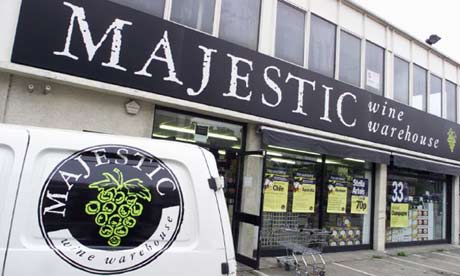 Although the news is so far unconfirmed, according to Sky News, US-based Fortress Investment Group which is owned by Japan’s SoftBank has emerged as the most likely buyer of Majestic and its 200 remaining stores after “weeks of talks”.

Although no formal announcement has yet been made, the deal could apparently be worth as much as £100 million.

Furthermore, sources told the media outlet that former Tesco and Berry Bros executive Dan Jago was being lined up to take over the running of the wine retailer after a deal was struck.

Elliott Advisors, that owns UK book shop chain Waterstones, and OpCapita are also thought to be bidding to buy Majestic which is being off-loaded by chief executive Rowan Gormley, who wishes to focus the business entirely on its online wing, Naked Wines.