Showing the Women’s World Cup in pubs could help boost beer sales across the UK’s pubs by an additional 3 million pints, the British Beer and Pub Association (BBPA) has predicted. 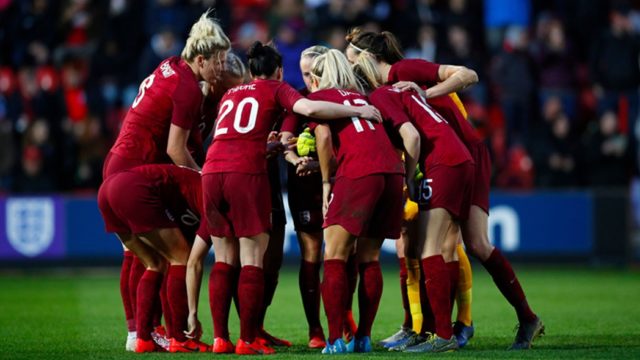 The association, which is backing the ‘Change the Channel’ campaign to promote women’s sport and ensure it gains the recognition it deserves, has said that should the England team reach the final, beer sales could rise by as much as 3 million pints, providing a £9 million boost to the UK economy.

According to Nielsen’s Women in Sport report, which was published in October 2018, around 8.7 million people in the UK (21% of the population) were keen to watch women’s sport – only 3% below that of the England’s men’s rugby team.

The BBPA said the Great British pubs could be one of the main benefactors if the England team – dubbed the Lionnesses – reach the final, with the taxman also likely to net around £1.4 million from duty and VAT on beer sales.

BBPA Chief Executive Brigid Simmonds said when it comes to watching England at the World Cup, only being at the game itself could compare with being in the pub – and as all the games are being broadcast on the BBC, pubs that don’t have a subscription to Sky Sports or BT Sports to still show the tournament.

“By switching the station to the Women’s World Cup, pubs will be doing their bit to promote women’s sport. With 8.7 million people in the UK keen to watch women’s sport, it will also be a great chance for pubs to get customers through the door. This is why we support the Change the Channel campaign.”

The FIFA Women’s World Cup kicks off in Paris on Friday, when hosts France play South Korea in the Group A opener, but it is not until Friday and that England team kicks off – its opening match against Scotland on Sunday night in Nice is likely to garner a lot of interest, with subsequent games against Argentina and Japan taking place in post-work pub friendly times of 8pm.

The England team finished third in the World Cup in 2015, which was held in Canada, but they are hoping to improve on their performance this time around. England forward Toni Duggan told UK newspaper The Telegraph this morning that the women’s game was at a ‘tipping point’ and former players and pundits are saying England have every chance of going all the way.  The odds on England beating the favourites, the US  team, are currently 6/1.

However the Nielsen report noted that the patchy coverage of women’s sport had a long way to go to achieve its fair share of media attention, garnering coverage of anything between only 2% and 10% of the sports coverage in the UK, although the success of national teams were proving a driver by filling “a void” left by the men’s national teams performing “less well”.