The maker of Glen’s vodka, Loch Lomond, has been acquired by a Chinese buyout firm in a deal worth over US$500 million (£395 million). 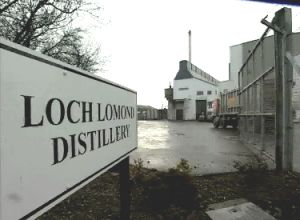 Loch Lomond, founded in 1843m was owned by the Bulloch family until it was acquired by PE firm Exponent in 2014.

It is understood that Hill House Capital paid between $500 million and $550 million to purchase the distillery, reports Scottish Field.

“We believe now is the right time to move forward into the next stage of our growth strategy as we look to innovate further, extend our portfolio of brands and continue to expand our international presence, particularly in Asia where Hillhouse has significant experience,” said Loch Lomond CEO Colin Matthews.

Wei Cao, partner at Hillhouse Capital, said the distillery’s reputation “gives the business a distinct advantage as they look to further build on their success across the world, especially in the increasingly discerning Asian spirits market.

“Hillhouse’s experienced operational team will work closely with Loch Lomond’s management to help it offer a premium consumer experience in international markets through channels like e-commerce and new retail.”

Loch Lomond first announced its expansion into China in 2017, having secured a distribution deal with Chinese food and beverage giant COFCO.