An opportunist alligator with a thirst for red broke into a Florida home last Friday, headed straight for the kitchen and raided the wine cabinet. 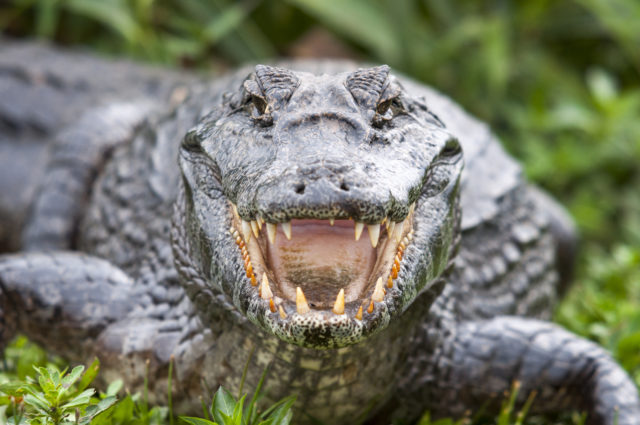 As reported by Fox News, the incident happened in the early hours of Friday morning when Mary Wischhusen heard a large crash downstairs.

At around 3:30am she ventured downstairs to investigate the cause of the racket and discovered a ginormous alligator raiding her wine cabinet.

Terrified, she left the gator to the wine, ran upstairs to her bedroom and called the police.

“I heard this monstrous crash, like the roof was falling in on the side of my house. I headed for the kitchen and as I got to the door of the kitchen, I had this beautiful face staring at me as though he belonged there.

“This 10-foot gator was having a marvelous time sitting in my kitchen. He got my red wine – the good stuff,” Wischhusen told Fox 13 Tampa.

The gutsy gator allegedly broke into the home by smashing its way through a ground floor window.

It took ten police officers and two wildlife trappers two hours to capture the rambunctious reptile and remove it from the property.

Thankfully, no one was hurt during the incident and the alligator only suffered a few minor cuts and scratches during the tussle.

For more on animals behaving badly with booze, click here for our round up.