Italian design firm Carlo Ratti Associati has won a competition to transform a disused industrial site in Milan into an office building and research centre which will be adorned with 200 metres of vines trained on pergolas. 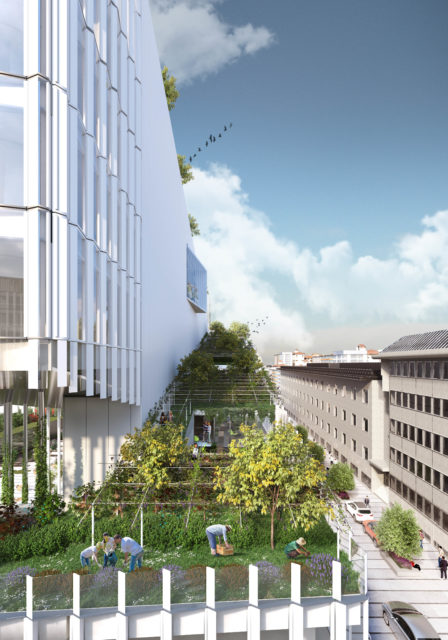 Carlo Ratti Associati (CRA) won the ‘reinventing cities’ competition, organised by the C40 Cities Climate Leadership Group. Its design features a new office building which will also boast a farm-to-table restaurant on the ground floor and a molecular and oncology research centre.

The project, called Vitae meaning ‘vine’ in Italian and ‘life’ in Latin, will see a path covered with a vine-covered pergola rising 200 metres up the walls of the building.

Inspired by biophilic design, a building principle which uses planting to increase connection to the natural environment, the project was developed alongside real estate group Covivio and Italian consortium Habitech.

The vacant former industrial site is located near the Fondazione Prada contemporary art museum. The design also includes a piazza, over 5,000 square metres of public space, and terraces and greenhouses for urban farming and hydroponic (without soil) cultivation.

The reinventing cities competition was established in order to reward carbon neutral urban projects in a drive to promote urban sustainability. Construction is expected to begin later this year.

“We are talking about the natural tendency of our species to seek our happiness through immersion in nature. Thanks to new technologies, it is now possible to achieve this goal even in the heart of the city – this is particularly relevant in a building that is devoted to scientific research.”

The design firm did not comment as to which grape varieties had been planted, nor whether wine will be produced from the vines.

The vineyard will join a number of others around the world including Rooftop Reds, a rooftop vineyard in Brooklyn, New York which announced back in 2017 that it would be releasing its first wines at $1,000 a bottle when they’re ready in 2019. 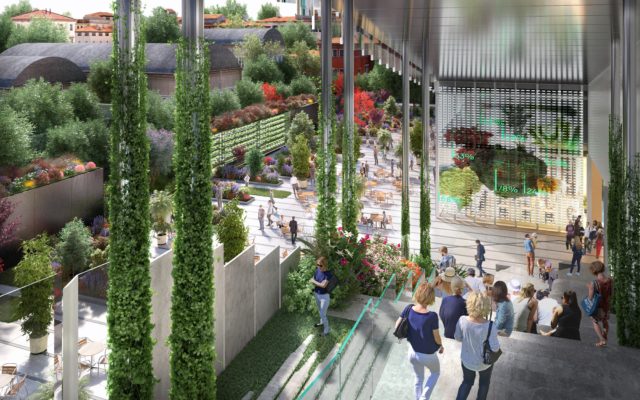 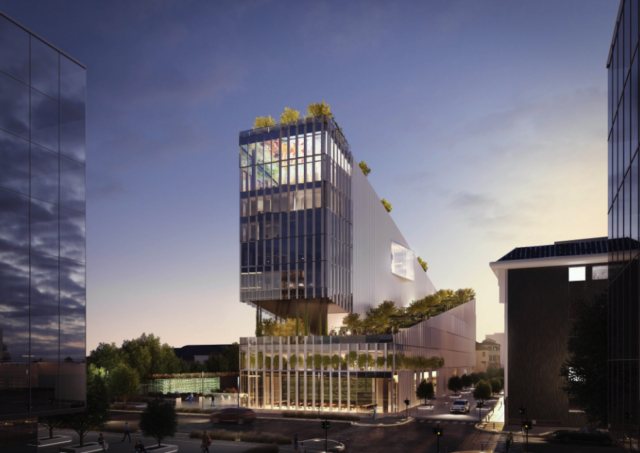