Two million bottles of wine and spirits were destroyed in a fire at a warehouse last week, owned by Bordeaux négociant Sovex Grands Châteaux, which is based in the commune of Carbon-Blanc. 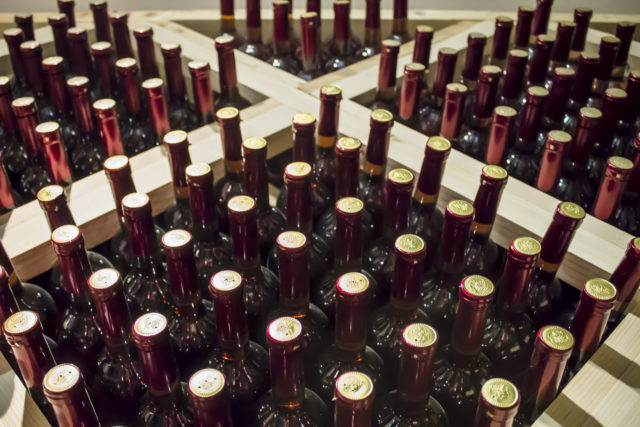 As reported by France 3, on 16 April nearly 60 firefighters were called out to help suppress the blaze at the warehouse in the Gironde department.

According to authorities, a false ceiling had collapsed in the part of the building which contained around two million bottles of wine and spirits, destroying bottles or otherwise rendering them unfit for sale. They stated that the fire appeared to have started in the ceiling, causing it to fall on the pallets and crates of alcohol below.

A total of 80 employees were safely evacuated and no injuries were reported in the fire, which started at around 3pm local time.

According to France Bleu, firefighters remained on the scene for almost 24 hours following their initial call-out in order to ensure that the fire was properly extinguished.

Established in 1982, Sovex Grands Châteaux operates a total of 21,000 m2 of warehousing. The fire affected around half of a warehouse occupying 3000m2.

In a statement supplied to CIVB, Sovex said the fire would not impact its operations too much.

The statement read: “The company Sovex Grands Châteaux suffered a fire on 16 April 2019 with partial damage to one of its 3000m2 warehouses.

“No injuries are reported, fortunately. The resumption of activity could occur today [17 April], Wednesday afternoon and shipments from Thursday 18 April.”

The incident occurred just days after the major fire at Notre-Dame de Paris. Since news of the fire at the French cathedral, the wine industry has rallied around in order to provide significant finances in order to fund its restoration.

Last week, 25 limited edition cases of Mouton Rothschild made £750,000 in a London sale with all proceeds going to repairs of Notre-Dame.

Meanwhile, François Pinault and Bernard Arnault, two of France’s leading businessmen and owners of several top estates in Bordeaux and Burgundy, pledged €300 million between them to fund repairs, while coopers have said they will source the best oak trees for new beams.

François Pinault, chairman of the Kering Group the owner of Château Latour and Clos de Tart, promised €100m to repairs and while Bernard Arnault, CEO of LVMH and the owner of Cheval Blanc and Yquem, pledged another €200m.

The Charlois Group that owns the Saury, Berthomieu & Leroi cooperages, which produce barrels for the wine and spirits trade, has reportedly promised to source the best oak trees for new beams to reconstruct the ribbed ceiling known as “the forest”.