Scotch company Douglas Laing has partnered with the RAF Benevolent Fund to release a charity bottling of its blended Big Peat whisky, as the fund celebrates its 100th anniversary this year. 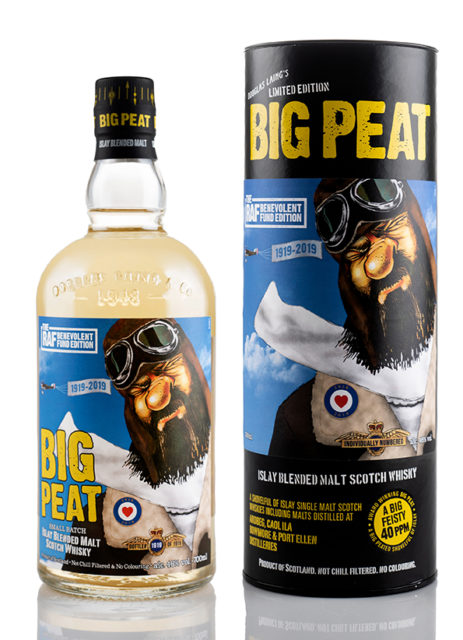 The limited edition label features the whisky’s namesake dressed in vintage pilot gear, complete with a jet that highlights the charity’s 100 years of operation.

The independent bottler has said it will donate £5 from every bottle sold to the RAF Benevolent Fund, which provides financial, practical and emotional support to serving and former members of the RAF and their families.

“My father’s service in the RAF will long be a source of great pride for our family, and our unwavering desire is to honour his legacy, both in our charitable efforts and our commitment to building the Scotch Whisky business he founded,” chairman Fred Laing said.

Launched in 2009, the Big Peat label also celebrates its 10th birthday this year. The spirit, which is a blend made up of whiskies sourced from Islay, is intended to represent “all that is Islay in a bottle, with Caol Ila spirit bringing sweetness, Ardbeg a medicinal, earthy quality and Port Ellen, a “degree of elegance”, according to Douglas Laing.

In another nod to the charity’s founding year, 1919 bottles are available across the UK and selected European and Asian markets with an expected retail price of £48.99.