Drinks company C&C has confirmed it is on track to hit high turnover expectations for this financial year, following “significant” momentum of former Conviviality businesses Bibendum and Matthew Clark, which it acquired last year. 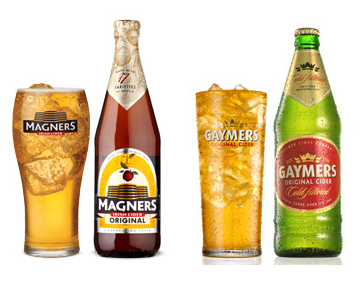 The company issued a trading update this morning saying it was expecting the group’s EBIT (earnings before interest and tax) to be at the upper end of market expectations, while net debt was now “well below” market estimates, within a range of €305m – €312m.

Earning per share – which reflects it ability to generate dividend for investors – was also expected to be around 20%, it said.

The statement said operational delivery, customer service and the cash contribution from Matthew Clark and Bibendum had continued to improve in the second half of the year.

“Matthew Clark and Bibendum have significant underlying momentum, across key financial and performance measures, with good progress made on the identification of synergy benefits,” it said.

There was also positive trading across the Scottish and Irish and branded businesses, which includes Irish cider brands Magners and Bulmers.

Speaking to the drinks business earlier this week, Matthew Clark’s managing director David Philips said the company had been quietly working to get back on track and safeguard the business for the future, following the collapse of its former owner, Conviviality, in April last year. This included rebuilding its wine stocks back to normal levels, consolidating the range, replaying debt and restructuring of the business. It has also reversed much of the centralisation that had occurred under its former owner, and investing in its IT platforms, he said.

Bibendum CEO Michael Saunders told the drinks business in December he was confident about the present and future health of the business, which was back in growth, boosted by the “rock solid” backing of its new owners.