Bibendum has its ‘mojo back’, says Michael Saunders

“Bibendum has got its mojo back”, according to chief executive of the UK-based drinks distributor, Michael Saunders, six months after its bail-out by C&C Group. 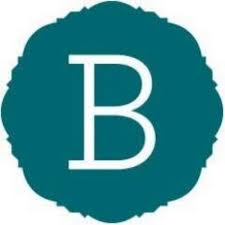 As reported in April this year, cider makers C&C Group with backing from brewing giant AB InBev, swooped in to save distributors Matthew Clark and Bibendum from the flailing Conviviality PLC, and one month later, it was revealed that Saunders was rejoining Bibendum as chief executive – he had been at the head of Bibendum from its founding in 1982 until it was bought by Conviviality in May 2016.

Speaking to the drinks business last week, Saunders stressed that the distributor was back in growth, and filled with a positive spirit, boosted by the “rock solid” backing of its new owners.

“We are getting back to being a respected business with a bit of bounce in our step,” he said.

Mentioning measurable aspects to the company’s performance first, he said that the customer service KPI of “on time in full” delivery performance was now running at 98% at Bibendum, while “the speed of answering the telephone is slightly better than when I sold the business in 2016.”

Continuing he said, “What is immeasurable is the mojo of the business, which, although I can’t prove it, has recovered.”

“A customer came in to our offices recently for a tasting and said that this place is like Bibendum again, it has got back its sense of humour, its combination of fun and hard work, and its sense that it’s committed to the cause, rather than just doing a job,” he then recorded.

Nevertheless, he did outline the significant challenges facing the business of drinks distribution in the UK.

“Endemically the distribution business is very challenged, and costs have gone up to drive it into a position where no-one has been making any money,” he commented, before saying, “And we are wandering into unchartered waters,” referring to Brexit.

However, for Bibendum specifically, he stated his confidence in the present and future health of the business.

“I am very lucky with C&C to be able to do the right things for our customers,” he said.

“Now we are probably the best-resourced wine business in the UK; we are rock solid,” he stated emphatically.