A strapped for cash student caught trying to flee from The Savoy after ordering a £1,750 bottle of Château Mouton Rothschild 2004 has been ordered by a judge to pay back the hotel. 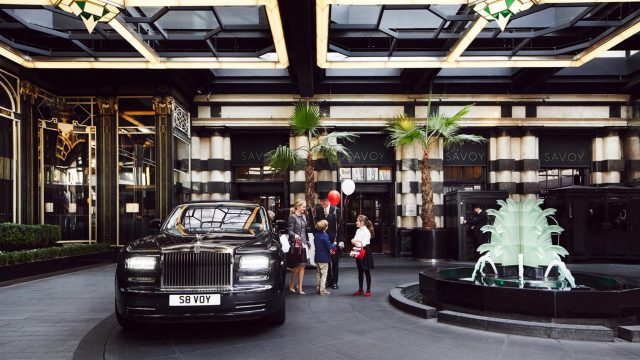 As reported by The Metro, architecture student Yahya Egeh has also been ordered to pay for the £158 meal he ordered at the hotel, but has been let off the £238.50 service charge.

Egeh, who was celebrating his 20th birthday on the evening of the incident, was sentenced at Westminster Magistrates Court in London last Friday.

At the sentencing, Egeh admitted to trying to flee the hotel without having paid for the food or wine he ordered.

District judge Anthony Woodcock took into account the fact that Egeh, who has no previous convictions, was remorseful and apologetic about his wrongdoing.

“I have taken into account the fact that you are apologetic. This was nevertheless a serious offence, you went into the restaurant at The Savoy and, at some point, you decided you would help yourself to a bottle of wine well beyond the means of anyone in this court room and most of the people outside it,” Woodcock said.

Egeh, who was given £20 for the birthday meal by his mum, told the court that he had been stood up by his date – a girl named Tallulah – on 5 December.

When the hefty bill arrived he panicked and told the waiter he was going for a cigarette before being stopped by security staff.

The Willesden Green-based student has until 11 May to pay the £1,908 bill and received a 12-month community order with 60 hours of unpaid work.