South Korean electronics company LG has branched into beer with the launch of its HomeBrew device which uses single-use capsules containing malt, yeast, hop oil and flavouring to produce a brew in two weeks. 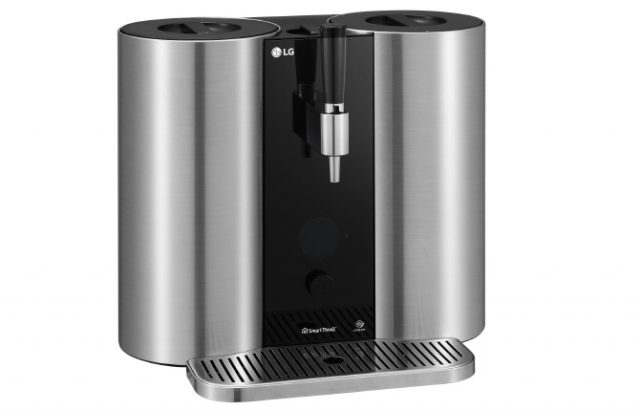 The electronics giant, which is known for its phones, televisions and other large appliances, announced its move into beer yesterday (10 December). It will unveil the product at the Consumer Electronics Show in LA in January.

The machine is fully automated, controlling the fermentation, carbonation, ageing, serving and cleaning processes. It is released alongside an app, available on Android and iOS devices, which allows users to check the status of the brew.

The machine controls both the temperature and pressure level during the fermentation process, as well as having a self-cleaning function once the beer is made. Hot water and hot air is used to sanitise the machine and to ensure there is no contamination from cleaning residue.

Five litres of beer is produced per batch with each brew taking roughly two weeks to mature, depending on the beer style/type desired.

Song Dae-hyun, president of LG Electronics Home Appliance and Air Solution, commented: “LG HomeBrew is the culmination of years of home appliance and water purification technologies that we have developed over the decades.

“Homebrewing has grown at an explosive pace but there are still many beer lovers who haven’t taken the jump because of the barrier to entry and these are the consumers we think will be attracted to LG HomeBrew”.

LG is yet to announce the retail price of the machine.