British restaurants closing at rate of 10 per week

The number of restaurants in Britain fell by 2% in 2018, the equivalent of more than 10 closures a week, according to a recent report. 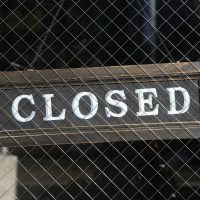 Of those closures, independently-owned restaurants bore the brunt, with numbers falling by 2.6% from the start of 2018 to September. Specifically, family-owned Chinese, Indian and Italian restaurants saw the most closures.

Peter Martin, CGA vice president, said: “The eating out sector has been one of the UK economy’s biggest success stories of the last decade, with casual dining brands growing at a phenomenal rate. But as our latest Market Growth Monitor shows, there are clearly limits to the country’s capacity. We have seen a steady flow of pub and bar closures for many years now, but the restaurant sector is now going through its own clear out.”

He added: “The bulk of closures are from independents, while managed groups remain in growth—and this trend is welcome news for some of them, since it eases over-capacity and frees up more property. But these figures are a reminder that all restaurant brands need a well defined and brilliantly executed offer if they are to succeed in a survival of the fittest in 2019.”

In comparison, groups with multiple sites, especially small and medium-sized ones, have continued to show growth at 1%, despite a challenging market.

For example the Italian restaurant chain Strada, had closed 11 of its 26 sites by the end of 2017.

Nevertheless, such groups are responsible for the 7.7% increase in the number of restaurants we have seen since 2013. However, after years of growth demand for such establishments has settled, with the rate of closures now quickening.

In total, as of September 2018, there were 118,905 licensed pubs, clubs and bars as well as restaurants in Britain, which represented an overall 3.2% year on year fall.

Pubs and bars have seen even more outlets close compared to restaurants, with their numbers falling by 11.3% in the last five years, and around 24 a week.

CAMRA (Campaign for Real Ale) also reports that 476 pubs have closed in the UK from the start of 2018 to June.

“The figures in this edition of the Market Growth Monitor again illustrate that space remains for ambitious and innovative businesses to expand in areas outside of London,” said Graeme Smith, managing director of AlixPartners. “Pockets of growth are still to be found for businesses with a highly differentiated offer and strong focus on the guest experience.”

“As ever, for operators to succeed, they need to show a deep understanding of their local communities and what will work for their customer base. Those who fail to meet these expectations will inevitably fall by the wayside. But for businesses in the sector looking to grow, there remain a multitude of options across both equity and debt and investors continue to see attractive opportunities.”