Four things we learned from the ONS pub industry report

Rising costs are threatening investment and jobs in the pub sector, according to industry lobbying body UKHospitality. 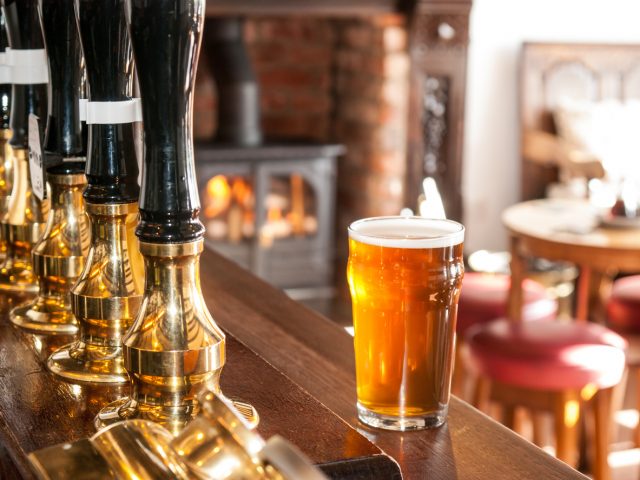 The warning follows a report from the Office for National Statistics (ONS), Economies of Ale, which analyses the performance of the UK’s pub sector since 2001.

The report shows that, while employment in UK pubs has risen since 2001, around one in four pubs have closed since the 2008 financial crisis.

UKHospitality’s chief executive Kate Nicholls said: “Looking at this data, it is clear that pubs are facing challenges, but that they are also crucial providers of jobs around the UK.

“The new report underlines the need for support from Government to ensure that vital businesses are not squeezed further.”

1. One in four pubs have closed since the financial crisis

The number of pubs operating in the UK has fallen from around 50,000 in 2008 to roughly 39,000 a decade later, and while the rate of decline has slowed in recent months, the industry is still in a downward trajectory.

That said, the turnover of pubs in real-terms has stayed flat despite the closures. “The remaining pubs and bars appear to have soaked up the custom from those pubs that have closed down,” the report said.

Birmingham has suffered the biggest rate of closure since the turn of the millennium, with 220 net pub losses since 2001. Pubs in the London borough of Hackney, by contrast, have benefitted from the UK’s craft beer boom, with 30 net new openings in the past 18 years.

Commenting on the report Kate Nicholls, CEO of UKHospitality, said that “with costs continuing to increase, many of them are unlikely to ever reopen.”

Areas on the edges of big cities, and in the commuter belt, have seen the biggest declines in the number of pubs. Barking and Dagenham, Newham and Luton – all in and around London – now have fewer than half the pubs they did in 2001.

Small pubs, defined by the ONS as those with fewer than 10 members of staff, are closing at the fastest rate, while large pubs, both independently owned and those run by pubcos, are on the rise.

More than 12,000 small pubs have closed since 2001, but the number of medium and larger sites is growing. Although the vast majority of pubs in the UK do employ fewer than 10 members of staff, the data shows that medium-sized pubs are performing particularly well, with the number of sites this size nearly doubling in 18 years. The number of large pubs, meanwhile, has tripled in this time, with 1,495 currently operating around the UK.

3. Employment has risen, but salaries are low

Despite pubcos and small businesses axing thousands of smaller sites from their portfolios, the number of jobs in the industry has recovered from the 2018 financial crisis, and there are now 5,000 more people employed by pubs than there were at the turn of the millennium.

“Pubs are investing in their teams and employment in the sector has increased significantly since the low in 2010,” Nicholls said.

That said, the vast majority are failing to pay their staff the Living Wage, which currently stands at £10.55 per hour in London and £9 per hour elsewhere. Around 70% working in UK pubs are earning below this.

The number of pubs owned by large businesses employing 250 people or more has effectively halved since 2001, according to the data.

However, while the number of small pubs these businesses own has shrunk to a sixth of its size at the turn of the millennium, pubcos like JD Wetherspoon have added a further 720 to their portfolios in the past two decades.

The report shows that large companies are consolidating their portfolios and focusing more on venues which allow them to diversify their offering to consumers, namely opening more food-led pubs and sites with rooms.

“Pubs now serve one billion meals each year and have 50,000 bedrooms,” said Brigid Simmonds, chief executive of the BBPA. “They are a vital part of both our international and domestic tourism market.”