Ex-Molson Coors brewer and the man who made Blue Moon — Keith Villa — is about to bring his latest project to market; a non-alcoholic beer infused with cannabis. 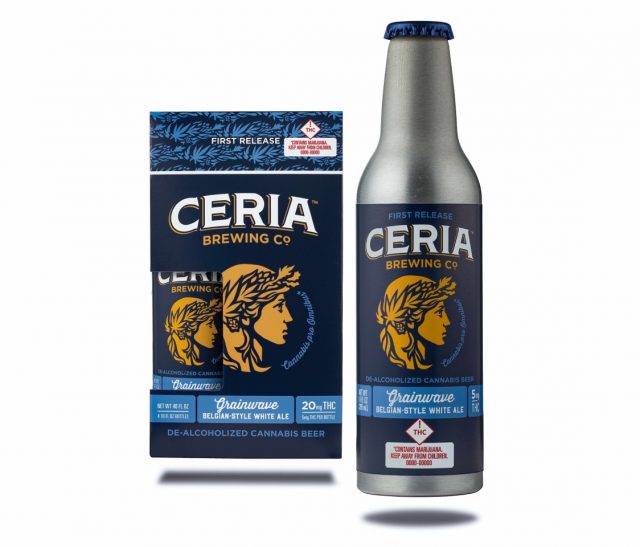 Called “Grainwave”, the beer, which is produced by Villa’s new beverage firm Ceria, is a Belgian-style white ale with infused with 5mg of THC — the psychoactive component in cannabis.

It is a “fresh, medium-bodied ale with blood orange peel,” according to the company, and will be available in cannabis dispensaries in Colorado — where the drug is legal —  from December, with plans to roll it out in California and Nevada next year.

Villa, who announced his retirement from US drinks giant Molson Coors in January 2018, launched Ceria in April; a company “dedicated to the creation of custom and cannabis-infused non-alcoholic craft beer.”

Ceria makes non-alcoholic beers infused with THC, the psychoactive chemical compound present in cannabis, in a variety of strengths.

Edibles sales — which include cannabis beers and wines — are on track to reach more than $4.1 billion by 2022, according to figures from a report on the burgeoning edibles category jointly published by two of the sector’s research firms; Arcview and BDS Analytics.