Brewdog has opened a bar in Canary Wharf that accepts bitcoin

Craft beer giant Brewdog has made geared its latest London bar opening towards the financial district’s fintech obsessives, opening a site in Canary Wharf that not only accepts bitcoin, but alters its beer mark-ups based on FTSE 100 movements. 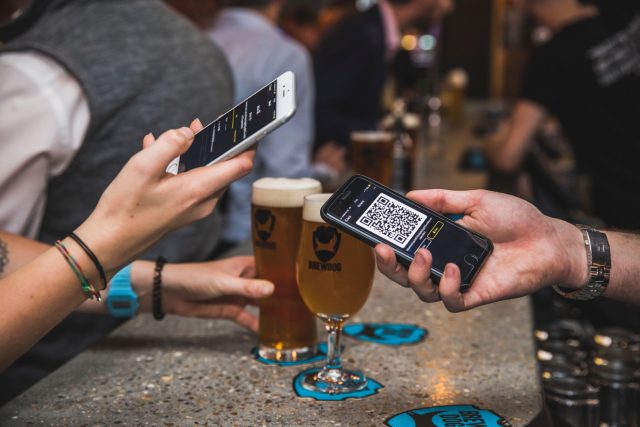 The brewer, which opened its Canary Wharf pub on Friday, has also released a new draft beer, for which the price correlates with the movement of the Financial Times Stock Exchange 100 Index.

An electronic dot matrix above the bar will relays the latest day’s trading results, which then determines how much the beer will cost.

The site, which is Brewdog’s second cashless bar in London, is also the company’s first to accept payments in Bitcoin (BTC) and Bitcoin Cash (BCH).

BrewDog expects to expand cashless and cryptocurrency payments across its fleet of global bars in the near future, according to an emailed statement.

The bar gave drinks including a pint of beer and 175ml glass of wine basic mark-ups, but then created an algorithm which would follow their rate of purchase throughout the evening. The more popular a drink became, the more punters would have to pay to get one. Likewise, if a particular drink wasn’t selling, its price would crash.

Reflecting on the City bar, which eventually closed, Burgess told the drinks business the technology to make the pricings work was a “nightmare.”