Enotria and VSPT to ‘challenge the perception of Chilean wine’

UK importer and supplier Enotria & Coe and Chilean wine giant VSPT have announced a new extended partnership in the on- and off-trade which will “challenge the perception of Chilean wine in the UK market”. 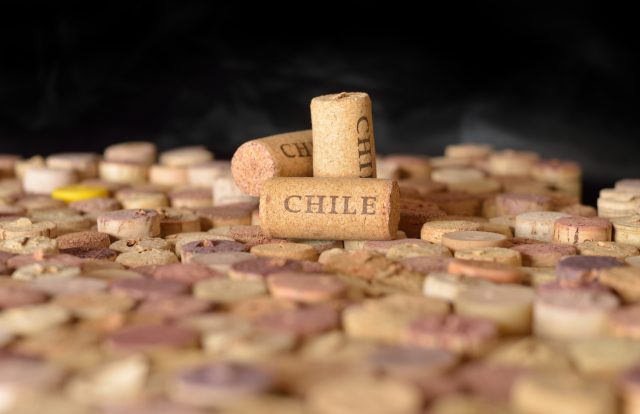 The collaboration will see Enotria & Coe gain exclusive UK distribution rights to VSPT brands including 35 South, Sideral, Tarapacá and Viñamar and launch a targeted campaign in both the on- and off-trade designed to appeal to the UK consumer.

Pepper said: “In the UK, sales of Chilean wine are mostly holding up in the off-trade, but in the on-trade they’re really struggling. One of the advantages of working with VSPT is that they’re a large and diverse wine group so the partnership offers us flexibility and the opportunity to create something tailored to the UK market.

“We’ve created a pyramid of brands for each channel which is targeted and built specifically for this market”.

Le Dantec added: “This partnership is on a much larger scale than our previous collaboration with Enotria and aims to develop the Chilean wine category in the UK using our extensive portfolio”.

Le Dantec continued: “Our partnership with Enotria allows us to benefit from their distribution arrangements, point of sale and knowledge of the British market”.

The partnership, negotiations and product development has taken a year to engineer to create a “tailor-made, competitive portfolio designed for the UK market”.

In the on-trade, Casablanca-based winery Viñamar has benefited from a packaging refresh in order to attract attention and appear more relevant.

Pepper told db that this range was aimed at “the house-level plus one”, a price-point he believes Chilean wine should target.

“I believe there’s a real opportunity in this category and people are increasingly willing to trade-up. In terms of wine style, people are now looking for something contemporary, accessible, food-friendly – something with a real fresh, savoury edge. We’re seeing that people are drinking less but better. They’re moving away from the more fruit-dominant styles, palates are maturing and preferring lighter, more restrained styles of wine”.

To reflect this change, the new packaging has a distinctive coastal theme which Pepper believes will reflect the “more European-style” of the wine contained within.

In the off-trade, Enotria has worked with VSPT to create an exclusive range for the multiple off-trade channels, including the relaunch of brands including 35 South and Tarapacá in new, more vibrant packaging.

Pepper continued: “With this new packaging we’re targeting a younger consumer and providing more variety in what currently is an anodyne market.

“The Chilean wine category has a good balance between accessibility and quality, but I feel this is often not reflected in its packaging. This new range is about challenging the UK perceptions of Chilean wine and introducing more freshness, acid and a bit less fruit”.

Le Dantec describes the 35 South range as fruit-forward, easy to drink and accessible. Priced at £5, it is intended as an introduction to the Chilean category. Tarapacá meanwhile, of which a total of one million cases are exported each year, inhabits the £7-12 price range, aimed at what Pepper describes as the “£8-10 sweet spot which is driving growth in the sector”.

The partnership will be officially launched today and promoted via consumer events in both London and Leeds in coming weeks.