The Liv-ex Fine Wine 100 index steadied in August with a marginal 0.48% rise, though not enough to entirely correct the 0.7% slide seen in July. 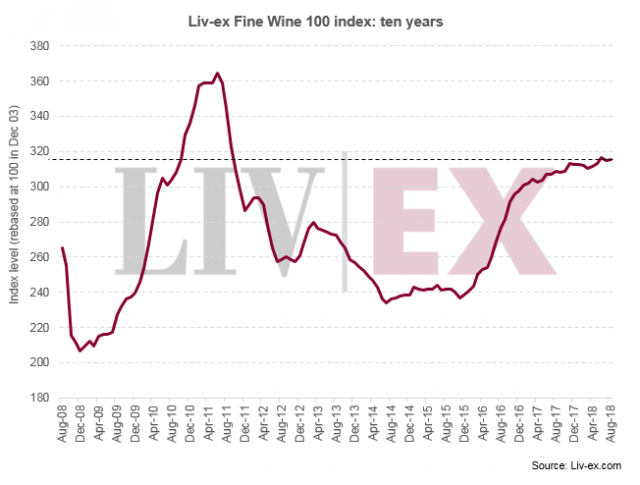 So far this year the index is running flat, up just 0.8%.