The best wines from the Pays d’Oc selected for 2018

Each year, a selection of buyers and press select the best wines from the Pays d’Oc IGP, and this year’s ‘collection’ has been revealed today. 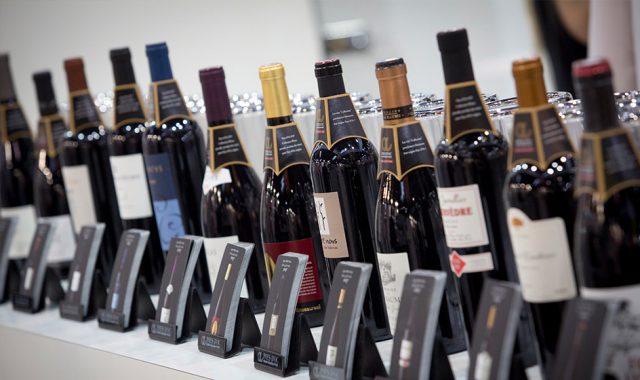 Called the Pays d’Oc IGP Collection, the wines are chosen ‘blind’ by a panel of tasters from around the world, who fly into the Languedoc-Roussillon region each year for the judging.

This year’s selection, which will be used to promote the wines of the Pays d’Oc at events worldwide over the next 12 months, comprises eight whites, one rosé and 10 reds, three of which are certified organic.

Released this morning, the ‘Collection’ is a good indication of what the Pays d’Oc does best, an IGP created to be France’s largest source of varietal wines, but also home to the nation’s most innovative blends, sourced across a vast area: the Languedoc-Roussillon, the source of Pays d’Oc wines, covers 240,000 hectares (that’s twice the size of Bordeaux).

And, this year, it is classic Mediterranean white grapes that have come out on top, such as Rolle (otherwise known as Vermentino) and Viognier, but also, more commercial flagships for the Pays d’Oc classifcation – Sauvignon Blanc and Chardonnay (the Pays d’Oc IGP is home to 31% of all the Chardonnay planted in France, 29% of the country’s Sauvignon Blanc, and 72% of its Viognier).

In rosé and reds, the results drew attention to the quality attainable in this part of France with, as one might expect, Grenache, Mouvedre and Syrah, but also, perhaps more surprising, the quality of Bordeaux grapes grown here, both Cabernet Sauvignon and Merlot, but also, in particular, Cabernet Franc and Petit Verdot.

Also notable was the strong performance of Marselan – a cross of Grenache and Cabernet Sauvignon that’s considered a rising star of the region – as well as the quality of the blended red wines, even though Pays d’Oc is best known as a source of varietal wines, and accounts for 92% of all French varietal wine – that is, wine that is made 100% from one grape, and labeled as such.

The Pays d’Oc IGP collection is now in its eleventh year, and, judging by 2017’s selection, certain producers seem to be consistent stand-outs. These include, in whites, Domaine d’Aigues Belles, and, in rosé and reds, Calmel & Joseph, Domaine Gayda, Domaines Paul Mas and Domaine Les Yeuses.

It was also notable to see that Domaine Mas Belles Eaux was selected during the blind tasting, a property sold to major French wine group GCF in 2015 by AXA Millesimes, the owner of famous Bordeaux properties, Château Pichon Baron, Petit Village and Suduiraut.

The wines for the collection for this year were judged blind on Tuesday 26 June by an international jury comprising tasters from the region’s main markets – the Netherlands, Belgium, Germany, France and Japan, along with the UK, represented by myself (see list of judges, bottom).

The aim of the judging process is to introduce the panel to the quality and diversity of the area, while their choices provide the region with an independent assessment, and an eventual selection that has no bias.

The Languedoc-Roussillon stretches along the western coast of southern France, extending from Provence to the Pyrannées and the border with Spain.

The region is vast, and half the Languedoc-Roussillon’s area is used to produce Pays d’Oc IGP, yielding as much as 6.5m hl, or around 767m bottles, which is equivalent to 50% of Australia’s total production, or 33% that of the US.

Within France itself, the Pays d’Oc IGP classification accounts for 10% of the French vineyard area, and represents 16% of French wine production, using 58 different grape varieties.

The wines for this year’s Collection can be seen below. 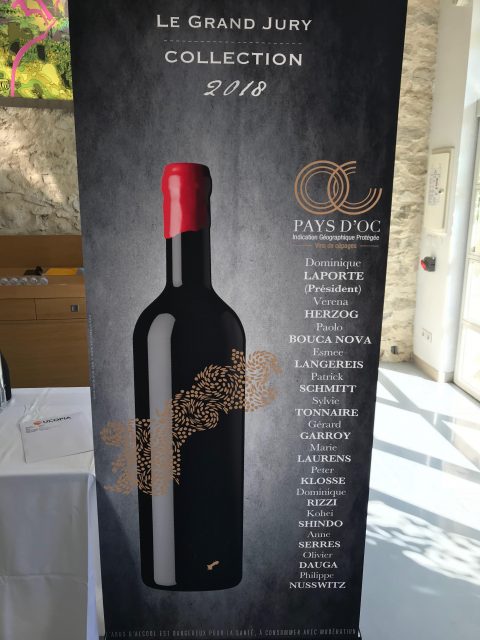