Beer sales in the UK rose by just over 3% in the first half of the year thanks to a strong performance in the off-trade, but the pub industry is still struggling after years of decline 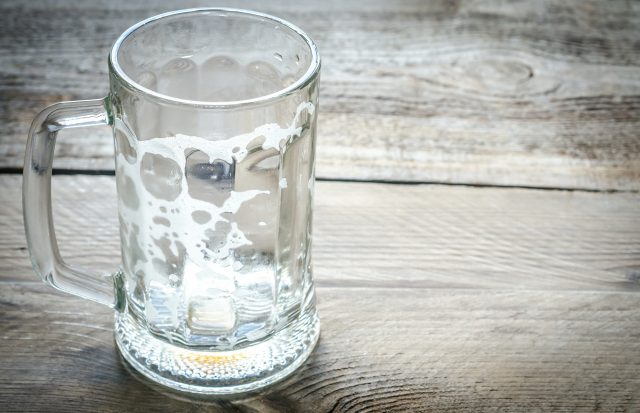 Beer sales in the second quarter of 2018 were up 3.6% on the same period in 2017, according to the latest Beer Barometer sales data from the British Beer & Pub Association (BBPA).

Supermarkets performed particularly well, with revenue up by 7.7% year-on-year, but sales of beer in the on-trade fell by 1%.

Revenue from beer in the on-trade has fallen significantly over the past decade, with an average rate of decline at 3.7%.

The BBPA attributed the slowdown in decline to “good weather during Q2 2018, as well as the beginning of the FIFA World Cup and the continued positive effects of the beer duty freeze implemented by the Chancellor in November 2017.”

David Cunningham, programme director of Britain’s Beer Alliance, said that pubs are struggling against “an unprecedented range of tax pressures”, adding that “£1 in every £3 spent in a pub goes to the taxman.

“This clearly is a factor behind declining beer sales in pubs, pub closures and job losses.”

The industry body cited a 3.9% duty increase in March, higher operating costs for pubs including business rates increases, and sharply rising employment costs as key reasons for the drop in sales.

Commenting on the Q2 figures, BBPA chief executive Brigid Simmonds said that there is a “very real threat” that beer duty will rise in the next Autumn statement, “which would be a huge backward step after so much progress has been made since he froze beer duty last year.

On average, three local pubs in Great Britain close per day, according to a study by CGA, backed by the BBPA.

Drinks giants and pub groups have collaborated this year to put pressure on the government to provide tax relief for pubs. Britain’s Beer Alliance launched “Long Live the Local” earlier this month, an advertising campaign aimed at raising consumer awareness of the conditions landlords currently face.

Ans in June More than 100 MPs have backed an Early Day Motion which calls on the UK government to cut beer duty, in an initiative spearheaded by the Campaign for Real Ale (CAMRA).