Hawksmoor to open first US restaurant

London steakhouse chain Hawksmoor is to open its first restaurant in the US, having secured a site within the former United Charities building in New York. 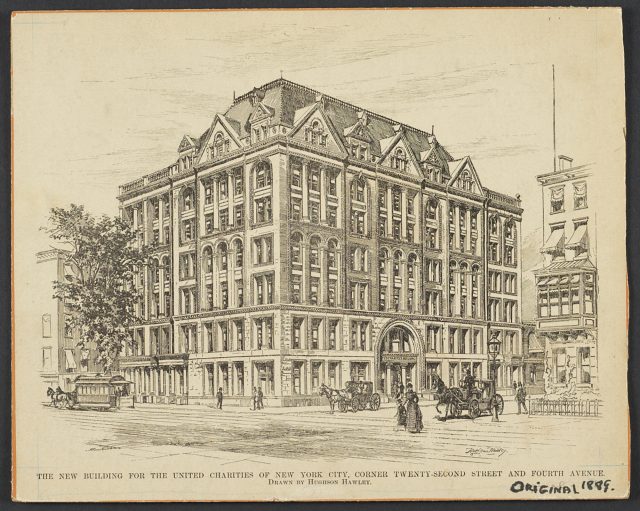 “We have found what we believe is the perfect Hawksmoor restaurant space in New York: a beautiful National Historic Landmark built as The United Charities Building in 1893 with an incredible 10m-ceilinged assembly hall that will form the main room of the restaurant,” the restaurant said announcing the launch.

The group had announced in 2016 that it was planning to launch a 14,000-square-foot restaurant in the Three World Trade Center’s Westfield Mall in 2016.

This week NY’s The Post reported that the restaurant had backed out of that deal and was now looking uptown instead.

Its new venture – a 180-seat restaurant at 287 Park Ave South, which will also feature a 50-seat bar – will open in 2019 with a menu similar to its London sites, which has built its focus on British grass-fed, dry-aged beef and sustainably sourced seafood.

Hawksmoor was founded by childhood friends Will Beckett said Huw Gott in 2006 at a site on Commercial Street in Shoreditch.

Earlier this year, the team opened its sixth site in London, a 160-cover venue in Borough Market, with dishes that included the likes of scallops, beef butter & horseradish; Barnsley chop with kidneys roasted in their own fat; and charcoal-roasted skate with St George’s mushrooms.

This year the company was also named as one of the best companies to work for in the UK by The Sunday Times, coming in at 37th.