Disputes between brands are “likely to rise”, according to law firm RPC, which reports that the number of trademarks registered for spirits and liqueurs in the UK rose by 41% to reach 2,210 in 2017 – an 84% rise in the last five years. 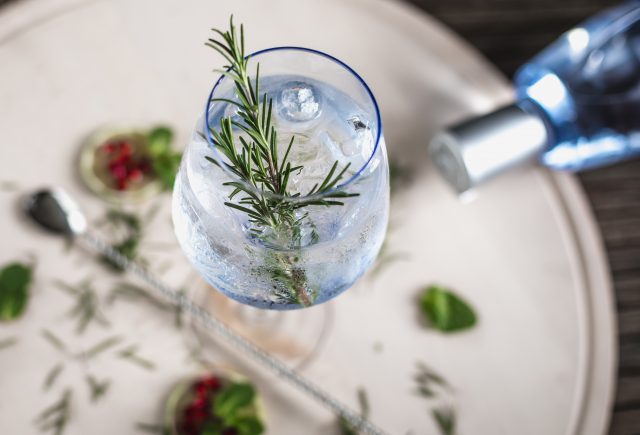 RPC attributes the rise – an increase of 640 registrations compared to the figures published in 2016 – to larger drinks brands and supermarkets augmenting their portfolios to include ‘artisan’ or ‘small batch’ spirits.

With 1,199 such trademarks recorded in 2013, last year’s figures represents an 84% rise in just five years.

Trademarks are also rising due to the launch of increasing numbers of limited edition products, the law firm has found.

With gin continuing to break records, new whisky distilleries across the UK in the development and the growth of premium liqueurs to satisfy demand from the cocktail and lower alcohol sectors, it is unsurprising that trademarks are rising at record rates.

Sales of gin in the UK reached £1.5 billion or roughly 55 million bottles in the 12 months to the end of March 2018, according to the latest figures from the Wine and Spirit Trade Association (WSTA.) Distillery numbers are also rising, and although figures released are unable to specify the spirit being distilled at the premises, it is thought gin is the main factor behind the increase.

HMRC revealed that a total of 49 new distilleries were opened in the UK in 2017, with more distilleries planned for this year including Liverpool Gin’s new, £1 million city centre distillery and John Crabbie & Co’s £7 million new site in Edinburgh.

RPC predicts that this will mean more trademark disputes between brands.

High-profile cases that have made headlines include craft beer giant BrewDog’s legal warning issued to a Birmingham pub in an attempt to stop it using the name of the brewer’s spirits brand, LoneWolf. BrewDog later withdrew its challenge.

Earlier this year, Bacardi’s trademark application for Angel’s Envy in the UK was refused after absinthe producer La Fee objected to it. The as yet unopened Port of Leith Distillery also disputed Gleann Mor Spirits’ right to the trademark ‘Leith Gin’ – but its opposition was later rejected.

This is not just an issue in the UK. Last June, Diageo lodged a lawsuit against US-based Deutsch Family Wine & Spirits over the bottle design of its Redemption whiskey brand, while in a similar complaint, the owner of Jack Daniel’s, Brown-Forman, filed a complaint against Texas-based Dynasty Spirits and Buffalo Bayou Distilleries for trademark infringement and dilution, false advertising and unfair competition in April this year.

Ben Mark, legal director at RPC says: “Brands are rushing to register spirit trademarks as the industry goes through a period of rapid innovation.”

“Many drinks companies are adopting a strategy of launching multiple sub-brands and varieties of their drinks in order to meet consumer and retailers’ demands for “limited runs” and niche drinks. It is a big departure from 15 years ago when drinks companies would concentrate their marketing spend on just a few core brands and products. More products inevitably means more trade marks”.

Ciara Cullen, partner at RPC added: “As a result, competition among spirits producers is getting increasingly intense. As more businesses seek to establish and protect a strong brand identity amid a proliferation of launches of similar products, the chances of branding clashes and ‘copycat’ claims is high”.