Halewood Wines & Spirits is to open a new, £1 million city centre distillery for its Liverpool Gin brand which will also house two bars, a gin lab and a bartender school. 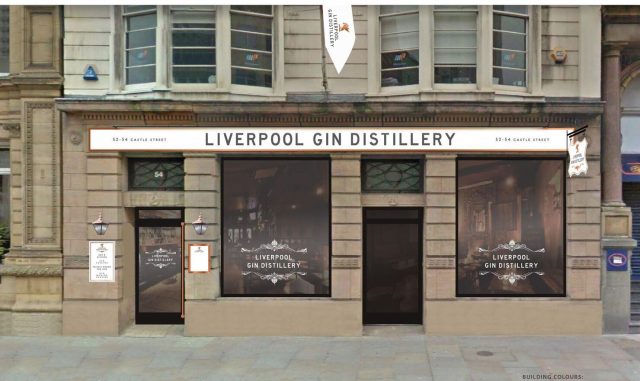 The new distillery, which will be located on Castle Street in Liverpool, will open at the end of 2018.

As part of the new development, the gin brand will have its own gin lab, giving visitors the chance to choose their own botanicals in order to distill their own gin to take home.

Guests will also be able to see the Liverpool Gin 600-litre copper still in action on the ground floor.

The building will house two bars – a gin and spirits bar on the ground floor and a dark spirits bar in the basement – both of which will serve food.

On the second floor, budding bartenders will learn about flavour pairings, correct pour temperatures and how to make the perfect G&T.

Lee Tayburn, operations director, Halewood Wines & Spirits, said: “Liverpool Gin is one the city’s most well-loved premium brands and the new distillery, right in the heart of Liverpool’s bustling food and drink hub, will provide an accessible interactive experience which will appeal to both locals and visitor

This is not the only distillery the company has invested in recently. In May, it announced plans to invest over £7 million in a new distillery in Edinburgh for Scotch brand John Crabbie, which is today known for its alcoholic ginger beer and ginger wine.

In the same month, the company’s CEO Stewart Hainsworth confirmed that financial advisory group Rothschild had been appointed to “explore strategic options for the shareholders of Halewood Wines & Spirits” in a deal that could be worth £200 million.

In November last year Halewood agreed a £3 million deal with Germany company Krones in order to build a new “state-of-the-art” brewery for its beer brand Hawkshead.