Andrew Wong will open a second restaurant in London in September called Kym’s, named after his parent’s former restaurant in Victoria, which the chef relaunched and renamed A.Wong in 2012. 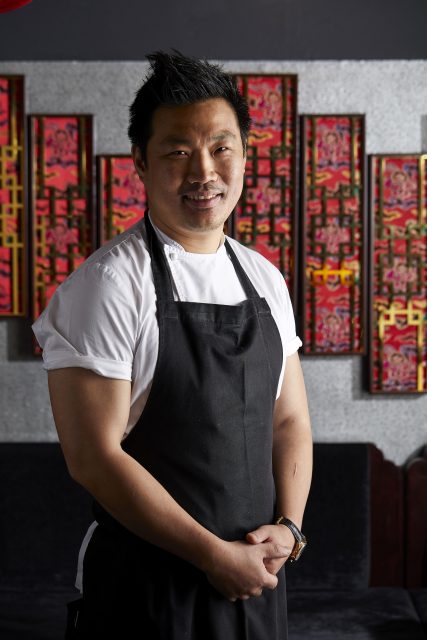 Described as a “modern premium casual Chinese restaurant” Kym’s will be located in Bloomberg Arcade, at Bloomberg’s new European headquarters in the City of London, and will offer dishes based on Wong’s interpretation of classic Chinese dishes.

The menu will feature a selection of small bites, such as: Yunnanese lemongrass salad, peanuts, lettuce, chilli, lime; sharing platters of crispy duck, pancakes, plum sauce and classics such as slow poached soy chicken, ginger relish, rice; and the ‘Chinatown’ pineapple bun with custard. A smaller ‘grab and go’ menu during lunch service will also be available.

Kym’s was the name of Wong’s parents’ restaurant which opened in Victoria in 1985, and where the family worked for 27 years. Wong and his wife Nathalie reopened it as A.Wong in 2012.

“Some of the flavours will be instantly recognisable and even hark back to the nostalgia of the original Kym’s menus, with sweet & sour elements and more rice-based dishes,” explains Wong. “Like so much of Chinese gastronomy, it’ll be deceptively simple food with a big emphasis on the ancient craft of Chinese ‘roasting’ meats – and that includes poaching.

“For me though, it’s also about celebrating and paying my respects to the contribution the Chinese community has had over the past 100 years on British gastronomy. I think we’ve all evolved and I want to offer casual Chinese food that is something away from what guests have come to expect.”

The restaurant will seat 120 guests and will be set over two floors, with a private dining room and a bar that will accommodate 30. A bespoke, five-metre high cherry blossom tree will be installed through the centres of a curved staircase linking the bar and restaurant with the upper mezzanine level.

A selection of cocktails “influenced by China’s diverse food traditions” will seek to reflect Beijing’s growing cocktail culture, while a wine list suited to the “vast array of textures and flavours Chinese cuisine has to offer” is also promised.

Click here to read our db eats review of A.Wong in Pimlico.