While Lisbon’s kudos as a tourist destination has grown hugely over the past decade, so too has the reputation of its nation’s wines.

Portuguese wine sales in the UK have been growing steadily over the past few years, with 38,100 hectolitres of Portuguese still wine imported into the UK in 2017, compared to 26,124 hl in 2016.

“Portugal’s time seems finally to have arrived,” Oakley Wine Agencies founder, Nick Oakley, told the drinks business. “The country has been tipped to be ‘the next big thing’ for the last 25 years and it never seemed to happen, but it’s happening now, and in a big way”.

The city’s food scene is also thriving with the presence of several Michelin-starred restaurants, including Belcanto, Alma and Loco, alongside a roster of fabulously rustic tavernas serving up traditional fare and dozens of cevicheria’s – which highlight the city’s stellar reputation for seafood.

What better place to get under the skin of Portugal’s exciting and diverse wine industry than by working your way around the many traditional wine bars dotted throughout Lisbon with a glass in hand and a plate of petiscos? 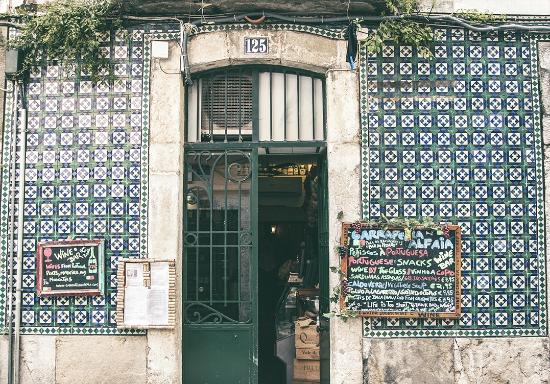 For a traditional and humbling wine experience, Garrafeira Alfaia is hard to beat. Located behind a pair of green metal gates, flanked by Portuguese tiling, this small bar serves a unique selection of Portuguese wines, many by the glass, paired with a number of petiscos (the Portuguese equivalent of a Spanish tapas). Its wine list is renewed every two weeks, with by-the-glass prices between €3.5 to €25, covering wines from across the country. Expect tempting plates of Morcela de Arroz com Cominhos, cod cakes and octopus. 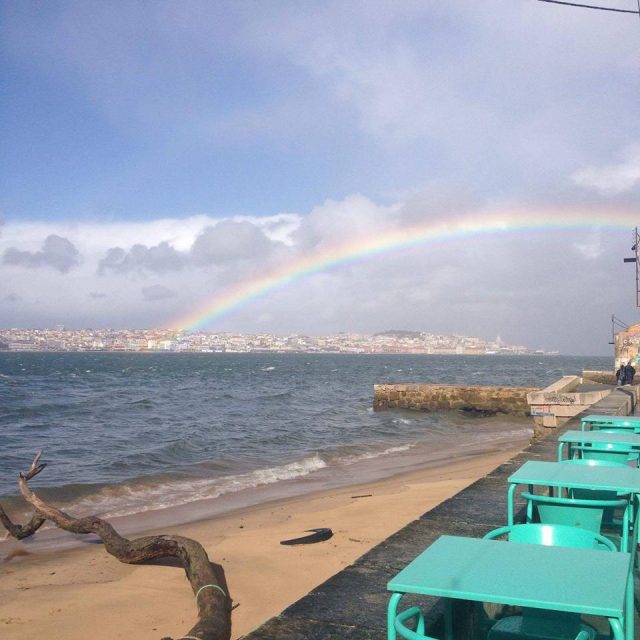 Based outside of the main hubbub of the city, Atira-te ao Rio across the Tagus river is within the district of Almada, and is most easily accessible by way of a short ferry ride. Those who make the journey will be rewarded by its rustic waterside location, with spectacular views across to the city. The wine list is small, but well formed, and the food portions sizeable, but it’s the views that make this place so appealing. Make the trek for a plate of grilled fish and a glass of wine at sunset. 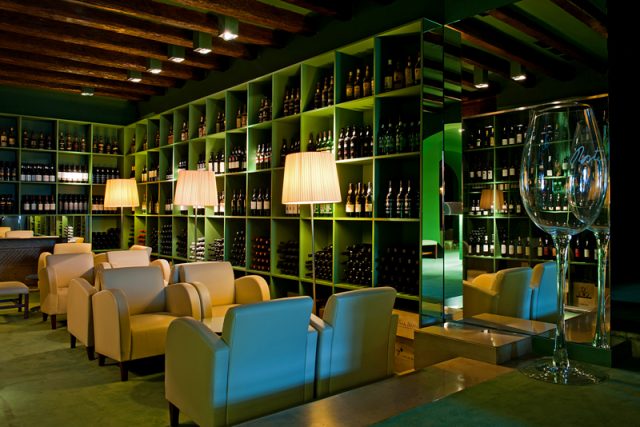 Housed within the 18th century Ludovice Palace, Solar offers its guests a glimpse into Lisbon’s historic past, and the chance to sample some 300 Ports from more than 60 producers while snacking on plates piled with cheese and cured meats. It’s also one of the oldest wines bars in the city, having been founded in 1946. The space has recently undergone a renovation in keeping with its historic beginnings, with designer Paulo Lobo sourcing recovered furniture and azulejo blue tiles from the original palace for use in its tasting room, giving it an air of 1960s Lisbon. Open Monday to Friday 11am – 12 am; and from 3pm – 12am on Saturdays. Closed on Sundays. 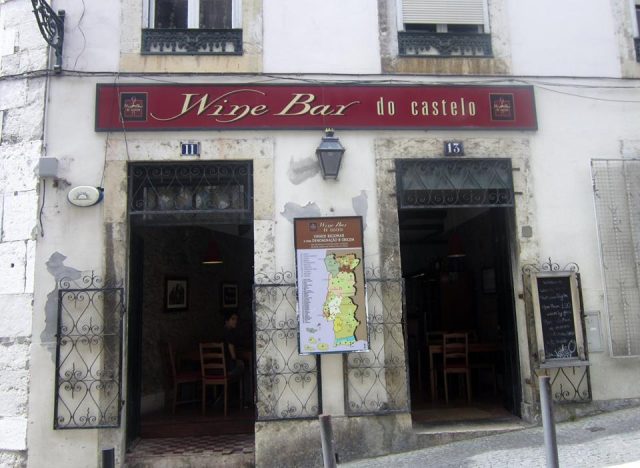 Situated a stone’s throw from the Castello de São Jorge, this wine bar opened in 2009 and is run by Nuno Santos and Daniel Afonso, who offer guests a rotating list of wines by the glass with cheeses and charcuterie. Retaining some of Lisbon’s old world charm, this wine bar also doubles as a shop, selling a selection of Portuguese wines, Ports and Madeira – many very old. A perfect pitstop en route to the castello, which overlooks all of Lisbon, expect old vintage Ports and an interesting, and large, selection (around 50) of by-the-glass wines. Open daily from 1pm to 10pm.

By the Wine – Chiado 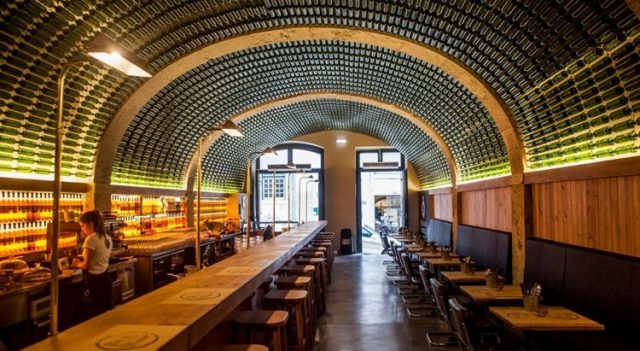 Part of the José Maria da Fonseca wine group, By the Wine is the first flagship store of the producer in Lisbon, located in Chiado. As well as a wine store, offering the entire portfolio of José Maria da Fonseca, it also functions as a wine bar, where guests can sample the entire range alongside a selection of snacks and tapas. Expect dishes like homemade Algarvian bread, Iberico acorn ham and Guijuelo sausages, and a well-honed wine list taking in all of Portugal’s wine regions, all by-the-glass and available to drink in or take away at reasonable prices. Open Tuesday to Sunday from 12pm to midnight.