In spite of tight regulations and a virtually non-existent global market, analysts and industry veterans alike are extremely optimistic over the prospects of the burgeoning cannabis market in the US. 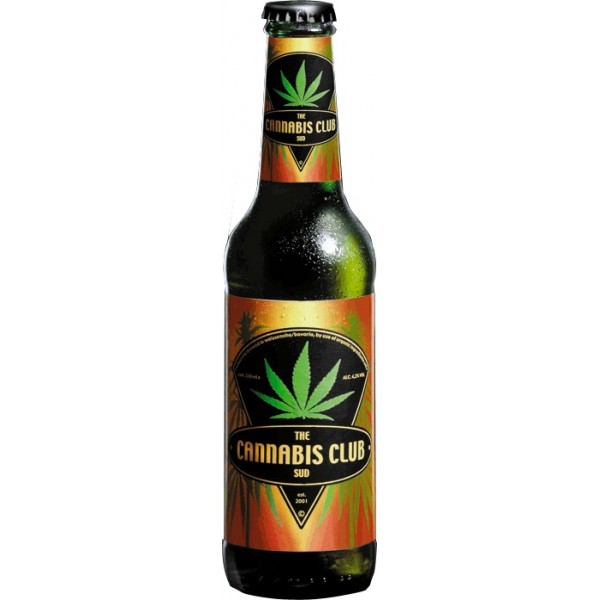 The cannabis market is still very small, but growing fast, according to researchers at BDS Analytics. While much has been written about the cross-over between the cannabis and alcohol industries, this portion of the market is even smaller.

Looking at the current cannabis market in legal US states, edibles make up 15% of sales, while drinks make up just 5%, according to the research firm. When you consider than non-alcoholic drinks in general make up 80% of the USA’s total beverage market, you start to put the new innovation in perspective.

However, analysts have warned that alcohol manufacturers must think carefully about how they market their products to avoid losing out in a new consumer landscape.

BDS Analytics, which provides data and market insights for cannabis producers in the US, held a webinar on Wednesday 27 June dedicated to the intersection of the cannabis and drinks industries.

Ahead of the webinar, the drinks business caught up with Jessica Lukas, BDS Analytics’ vice president of consumer insights, who told us that the burgeoning cannabis industry is just as much an opportunity for alcohol companies as it is a threat.

“It can be very tempting to see cannabis and alcohol as a black and white issue,” Lukas said, “but the market is far more nuanced than that.”

Lukas gave us four reasons why, despite being a small piece of the market, cannabis could threaten the drinks industry.

The first thing to note about the average cannabis consumer is that they are far older, and far wealthier, than you might think.

“These aren’t 20-something stoners living in their parent’s basement,” Lukas said. According to her firm’s research, a typical user in the US is in their 40s, own their own property and have their own stable income.

Interestingly, these are the consumers analysts are warning will replace wine with weed. According to a 2017 poll by Marist and Yahoo News, 34% of women, 56% of baby boomers and 67% of those who earn over $50,000 (£35,000) — the US’ biggest wine-drinking demographic — said their marijuana consumption would increase if the US federal government legalised it.

Lukas added that this relatively new type of consumer will define the way cannabis is marketed in legal US states, noting that just like wine, there are emerging opportunities for cannabis at various price points, “from premium right down to budget.”

“Once you discover about who these people are you can think about what they consume and why they’re consuming it.”

Just over 70% of cannabis users are also drinkers, according to the analytics firm’s research.

Lukas said that drinks firms should think carefully about when and why their products are consumed, as these could well be opportunities for cannabis manufacturers to steal the limelight.

“Say you’re sat on the sofa watching Netflix with your partner at home,” she said. “Traditionally you’d see this as an opportunity for a bottle of wine or a beer, but this is where cannabis comes in.”

The change wouldn’t be drastic, Lukas added, and may even amount to consumers substituting their evening drink for a vape pen “a couple of times a month,” but small alterations in consumer behaviour soon add up to a big shift in spending.

Quiet nights in, she told db, are just one area where drinks firms — in particular craft brewers and winemakers — “need to watch out.”

Along the same lines, and using the same Netflix analogy, Lukas said that even enjoying alcohol and cannabis together could lead to a loss in beer and wine sales.

“Our research shows that 50% of people drink less when imbibing,” Lukas said, “so instead of having three craft beers while watching Netflix, you might have two and a hit on a vape pen, or even just one.”

Finally, Lukas noted that “the buzz” isn’t the only thing cannabis is known for, especially in states like California where the drug has been prescribed as a medical treatment for some years.

“Put it this way, if someone told you they were self-medicating their anxiety with alcohol, you’d be worried about them.”

While the NHS’s guidelines on cannabis point towards a high risk of developing psychological problems later in life, researchers in the US are more optimistic about the drug. In fact Keith Villa, the ex-Miller Coors executive who created Blue Moon beer, recently launched a brewing company of his own which makes alcoholic beers infused with THC. Villa told me earlier this year that people see these products as healthier because removing the alcohol lowers their calorie count. While the average 330ml bottle of lager contains around 150 calories, Villa’s psychoactive drinks come in at just 50.

It is marijuana’s ability to form part of a healthier day-to-day lifestyle that makes Lukas think it can threaten the alcohol industry.

Furthermore, different strains of the drug’s chemical compounds can create different psychoactive experiences for consumers. Villa’s beers will not just be lighter than the average lager, they will come in different strength levels and can be suitable for different occasions. The lighter versions, which use less THC, are intended to “energise” drinkers and are best suited for a party, while the stronger versions are intended to be enjoyed at home.

“It’s a much bigger picture than just getting a buzz,” Lukas said.

“I think we’re going to see more targeted products based on the desired experience, whether that’s to relax or party, and messaging that speaks to a variety of consumers.”