The concept: One of the most hotly anticipated restaurants of the year, Hide in Green Park is the fruit of a collaboration between talented young chef Ollie Dabbous and Russian telecoms billionaire Yevgeny Chichvarkin, owner of candy store for wine lovers Hedonism in Mayfair.

Chichvarkin has been open about the fact that he has three Michelin star ambitions for Hide, and the potent combination of an ambitious chef at the top of his game and a wine list that will delight even the finickiest of oenophiles makes Hide an incredibly compelling proposition. 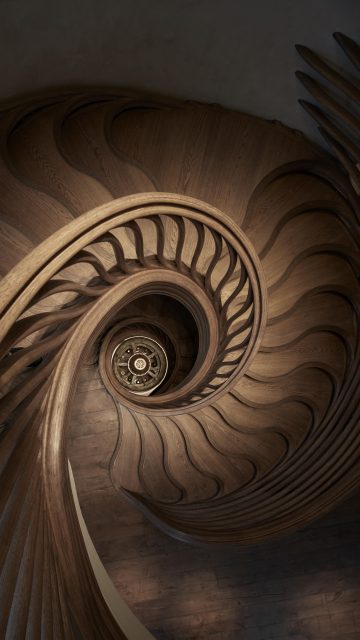 The flavours at Below are fresh and clean – we didn’t swing by for a cocktail on our visit but like the sound of the Fallen Madonna, which blends Tanqueray with pea shoots, aloe vera and lemon.

At street level is Ground, an all-day casual dining restaurant serving the likes of charcoal baked flatbreads with locally made ricotta; burrata with ripe apricot and chamomile; Cornish mackerel tartare with iced eucalyptus; and barbecued octopus with lovage and white miso.

Connecting all three levels is a whimsical spiral staircase straight out of a Guillermo del Toro film that twists up through the building like an ancient oak. At the top of the tree is Above, Dabbous’ tasting menu driven fine dining restaurant with pretty views across Green Park.

The décor: Taking inspiration from its setting next to the park, the colour palate at Above is earthy and minimal, and the space has a distinctly Scandinavian feel, from the abundance of blonde wood to the adorable white egg shell-shaped light fixtures. Vine leaf motifs on the white walls leave you in no doubt of the reverence shown to Bacchus at Hide.

Some of the most charming elements of Hide are the little details, from the dried poppy heads decorating each place setting when you arrive to the printed menu when you leave – there are even phone chargers hidden in a drawer in your table should you need one. The staff uniforms are also of note – the waitresses’ white blouses have puffy sleeves, while the men wear oatmeal overalls.

We were given one of the best tables in the house with an idyllic view of Green Park on a perfect early May evening. The sun was still streaming through the park when we arrived, making the trees shimmer like painted gold. 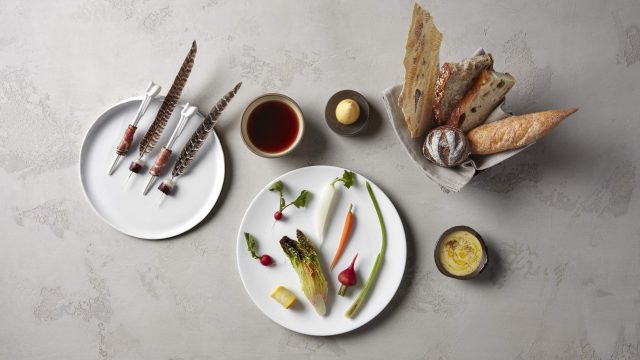 The food: Dinner at Hide is a journey with many exciting twists and turns. To begin the voyage you’re presented with a trio of amuse bouche: an intensely savoury mushroom broth; an artfully presented plate of pickled vegetables with a canary yellow dipping sauce crafted from chamomile with a vinegar tang; and spears of salty cured goose breast wrapped around feathers and white, bone-shaped skewers.

Next came a palate cleansing parcel filled with avocado, earthy celeriac and angelica seeds swimming in a clear broth dotted with daubs of pea green pine oil. Equally refreshing were cubes of raw tuna served on a giant wasabi leaf garnished with tiny prickly ash leaves that offered a blast of lime and glistening globes of Exmoor caviar whose saltiness seasoned the flappingly fresh tuna.

Signature dishes: Dabbous works with the seasons, so his menu will soon change, but likely to stay put is his ‘nest egg’, which helped shoot him to fame at his eponymous Dabbous in Fitzrovia. Served in a small black bowl filled with hay and billowing with smoke, the hollowed out eggshell is filled with an impossibly creamy medley of coddled egg, earthy mushrooms and smoked butter and was one of the most comforting things I’ve ever eaten. It’s a dish Dabbous has subtly tweaked to perfection.

It’s worth ordering the roast Norwegian king crab with chamomile honey and salted butter on the current menu if you like your dishes decadent.

Served as a solitary chunky claw gleaming from its butter bath, the snow white meat was heavenly, enhanced by the citrus-laced butter sauce and lifted by the tang of vinegary discs of turnip.

The star of the show at Above is the slow roast goose with birch sap and kale. Served hidden beneath of bed of crunchy kale with a salty sweetness akin to crispy seaweed from a Chinese takeaway, the tender goose also had an inherent sweetness from the birch sap, but was brightened by orange zest.

Due to its sweetness, the dish won’t be for everyone, but I loved the Asian influence and the theatre of its nest-like presentation.

The drinks: Keen to compete with 67 Pall Mall on the wine front, Hide promises that every single one of the 6,800 bottles on sale at Hedonism can be ordered by diners at Hide and biked over to the restaurant in under 15 minutes.

Chichvarkin has plucked Polish master sommelier Piotr Pietras from Launceston Place in Kensington to head up Hide and its team of 16 sommeliers.

Pietras has gone against the grain and doesn’t use a Coravin for his rarer drops. Instead, he offers 50 wines by the glass served in the conventional way.

He has devised a trio of wine pairing options to complement Dabbous’ eight-course tasting menu: Classic, priced at £65; the £115 Discovery pairing; and the top-drawer Hedonistic pairing menu, which costs £295 for the wines alone.

Those willing to splash the cash will be treated to an enviable selection of liquid treasures including the 1996 vintage of Château d’Yqeum’s dry white, ‘Y’ de Yquem; Vieux Château Certan 1982; and the 1992 vintage of cult California Cabernet Harlan Estate in a hat tip to Hedonism’s love of wines from the Golden State.

The Discovery menu, which I tried on my visit, features more off-piste wines like Envinate’s saline, chiselled Palo Blanco 2016, made from century-old Listan Blanco vines planted in black sandy soils in Tenerife, with a fresh and clean junmai daiginjo saké and a rich, unctuous Swedish ice cider thrown in for good measure. 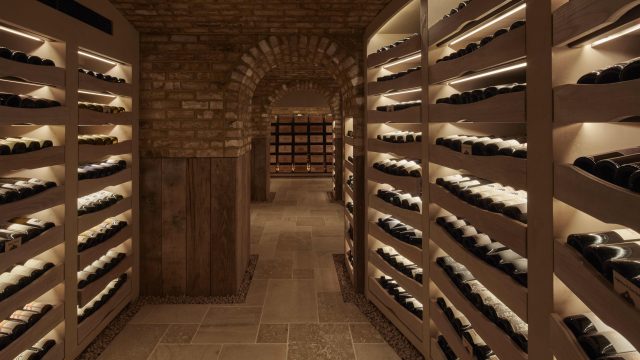 Not all of the wines were to my taste though, the low point being an amphora-aged orange wine from Greece that proved why most wines benefit from being fined, filtered and sprinkled with sulphites.

My wine highlight was an earthy, perfumed glass of Schubert Syrah 2007 from New Zealand’s Wairarapa district, which paired perfectly with my barbequed Herdwick lamb, which, while astutely cooked, didn’t excite me like the goose.

Who to know: Pietras is a good man to know if you want looking after on the wine front, but you’re in safe hands with any of the Hide’s 16 sommeliers, all of whom are friendly and informative and in no way intimidating or patronising. You can feel their passion for wine fizzing out of them and it’s infectious.

Don’t leave without: Trying one of Dabbous’ delicious desserts. The garden ripple ice cream is a highlight, as it’s served on a giant block of ice filled with flowers in suspended animation like a freeze frame in a time-lapse sequence. 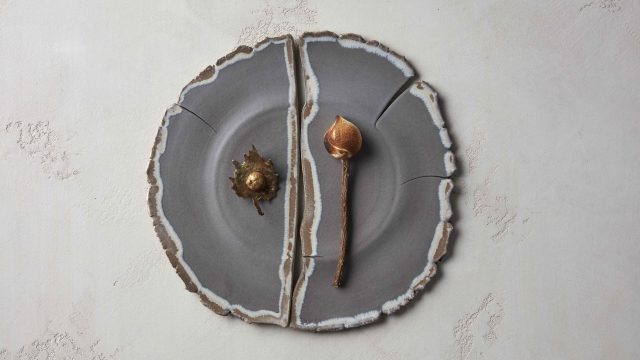 The ice cream itself is a divine and fantastically fresh combination of apple and sorrel, with a whirl of cream to make it even more moreish.

The closing acts of the tasting menu are worth sticking around for – a toasted marshmallow impaled on a stick of liquorice root was every bit as nostalgic as it sounds, while a solitary hazelnut served on an edible gold leaf paid homage to Green Park.

Last word: Hide has been much hyped but lives up to the acclaim. Dining here doesn’t come cheap – the tasting menu without wine costs £95, but Above is a special occasion restaurant and has the Mayfair prices to prove it.

You’ll get a taste of the magic at Above at Ground, where most of the grazing plates cost £9, while the £42 set lunch at Above is a good shout for foodies keen to see what the fuss is all about without making their wallet weep.

Mention must be made of the staff, who are Hide’s greatest asset. Served by no less than a dozen different people, each and every one engaged with me and enhanced my dining experience, one running to the rescue with a tissue at one point and another practically diving under my table to retrieve a fallen napkin.

While the food is magnificent and the wines world class, it’s the easy charm of the staff, so often the unsung heroes of the restaurant trade, that sets Hide apart.