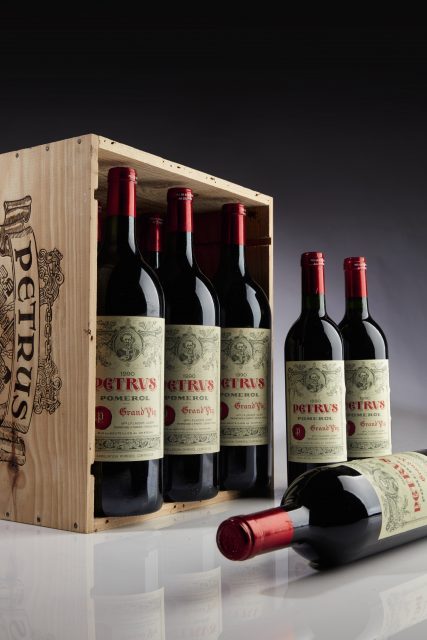 The auction house held two sales on Wednesday 16 May, a single owner sale dubbed ‘The Masterpiece Collection’ and another sale with another large consignment from a single cellar.

The first session realised £1.7m in total and was dominated by blue chip Bordeaux, especially Petrus with the top lot being six magnums of the 1990 from the Pomerol heavyweight selling for £52,580.

The second session was likewise dominated by Bordeaux, especially a collection of six-litre bottles of Lafite, Latour, Mouton Rothschild and La Mission Haut-Brion.

This second session also included a “stunning” array of Domaine de la Romanée-Conti including 1993 and 2006 Richebourg and 1996 Romanée-St-Vivant.

Stephen Mould, Sotheby’s head of wine, Europe, said: “The robust results of the Masterpiece Collection demonstrate that the thirst for Bordeaux’s icons is unwavering. The impressive selection of First Growths was led by the magnificent 1982 vintage, with prices soaring for parcels of these increasingly rare gems in their original cases, as bidders competed to secure what are masterpieces of the wine world.

“Our second sale of the day, featuring the Grand Imperial Collection, performed with gusto and was 100% sold. We now look forward to the sale of ‘The Cellar from the Estate of Jerry Perenchio Part II’ in New York on Saturday 19 May.”