New direct-to-consumer e-commerce platform Winebuyers is expanding after securing over £1 million in both crowdfunding and private investment – with a total of 27,000 bottles of wine from 40 different countries listed on its site. 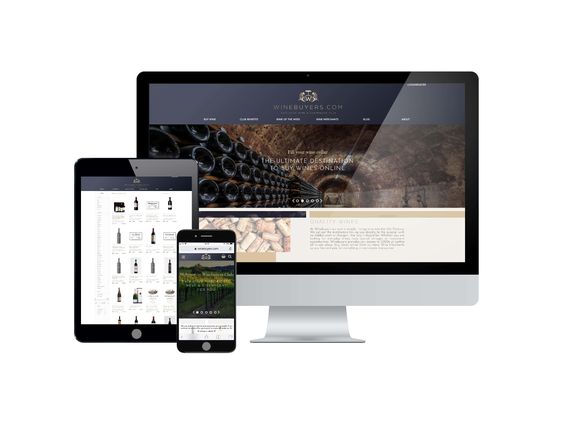 Speaking to the drinks business at the London Wine Fair this week, director of winebuyers.com, Ben Revell, and head of marketing, Ciara Hinton, commented on progress so far.

Describing the business as an “online wine members club”, Winebuyers makes its money through subscriptions rather than through the sale of the wine itself.

“Subscription fees increase on a scale in terms of how many wines a company lists on the site. Fees are capped at £100 for vineyards,” Revell said.

“We currently list 27,000 bottles from 40 different countries – we got some wine from an Egyptian vineyard only this morning”.

Focusing on mid-level wines – those priced between £5 and £25 a bottle – the site connects wine producers and vineyards directly with the consumer, in effect, cutting out the middle man.

Commenting on how he got the idea for the business, Revell, 29, said: “When I was 18 I bought lots of wine and needed to sell it. You can’t sell wine on eBay in the UK and Amazon wasn’t an option either, so I decided to build a website. I quickly realised that I needed lots of capital in order to hold stock, and the idea to directly connect consumers with producers, eliminating that problem, was born”.

Revell, who has a background in luxury goods, launched the company in October 2015 – his third business venture.

“The site uses a custom-built API, using a software called Symphony, and basically works through screen-scraping. Producers that we list don’t necessarily need an online shop in order to list with us, we just need to know the price of the wine”.

Support from the trade

Hinton added: “Our site currently updates once a day but it has the potential to be updated every three seconds, which is particularly useful in busy periods such as the run up to Christmas”.

Combined with funds from private investors, the company has raised over £1 million which will be used to expand is web and marketing teams.

Revell said: “Until now we’ve relied on organic growth and the word of mouth. We have a 3,000-strong backlog of suppliers and are listing on average 50 new suppliers a month.

“All new suppliers are manually vetted by both myself and our accountants.

“Our main focus is to offer something interesting and provide variety to the consumer”.

One of the surprises, Revell and Hinton said, was the level of support they have received from the trade, particularly given that their business cuts out the merchant from the supply chain.

“I thought we’d receive a lot of passive investors, but I’ve been really surprised by the number that are active. We’ve had investment from the trade and vineyards”.

As the website makes no money from the sale of the wine, Revell simply requires a personal alcohol license. Suppliers bear the cost and responsibility of shipping their product to the consumer.

“I would say this type of business has not always been possible. There’s been great progress in the field of logistics and transport that has helped this business model to become a reality,” added Revell.

With the investment, Winebuyers will be hiring additional web staff to support its current in-house developer team of three.

Hinton continued: “We don’t currently have a ‘typical customer’ but we’re collecting data from our users and developing a tool which will enable us to offer suggestions based on consumer preference, as well as a food pairing section.

According to the company, it has a valuation of £9.6 million as is regulated by the Financial Conduct Authority. It is based in Oxford Street, London and employs nine members of staff.