Brewdog is giving away 1 million free pints of beer, but there’s a catch

Craft beer giant BrewDog has announced it is giving away 1 million pints of beer in its bars worldwide. 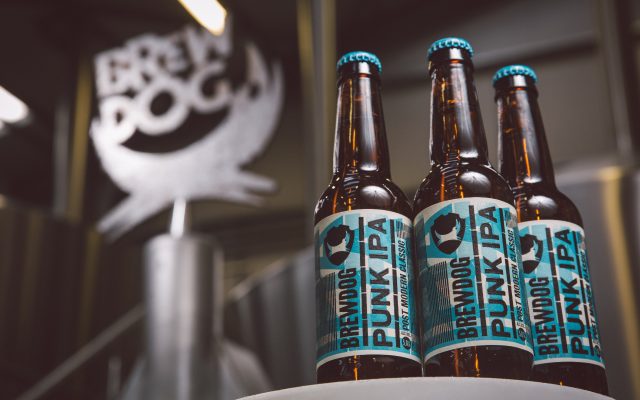 To claim one of the million beers, members of the public are invited to enter their contact details at www.brewdog.com/1million, as well as signing up to be included in the company’s mailing list.

Consumers will then be issued with a beer token that can be taken into any of BrewDog’s 50 bars around the world in return for a pint of Punk IPA, or redeemed from the brewer’s online shop.

James Watt, BrewDog cofounder said: “We’re in the midst of what will be a seismic change in beer drinking habits in the UK. The rise of IPA shows no signs of slowing down. This is a welcome sign that more people are open to beer that is full of flavour and character, and not just insipid, artificially flavoured offerings or faux-craft fraudsters.

The millions of people around the UK who call Punk IPA their favourite beer cannot be wrong, that’s why we’re certain a million more will join them after experiencing their first pint of Punk.

“This is a million Davids taking on the industrial Goliaths. This is the dawn of a new era for craft beer.”

BrewDog operates some 50 bars in the UK and overseas, and recently confirmed plans to build a new brewery in China as the firm continues its decade-long transformation from irreverent Aberdeenshire microbrewery to global drinks giant.

It will be the brewery’s latest global expansion project, following its move to Ohio in the US and its latest successful round of crowdfunding which raised more than £12 million from over 27,000 members of the public for future business projects.

The City of London brewhouse is one of 15 new craft beer venues BrewDog plans to open in the UK, with additional plans to increase production capacity in its UK brewery, and the creation of a dedicated craft beer TV network.