Villány Cabernet Franc has traditionally been enjoyed by ‘those in the know’ rather than realising mainstream success. Too long seen as a bit player in global Cabernet Franc production, today it seems to finally be on the cusp of its moment in the sun. 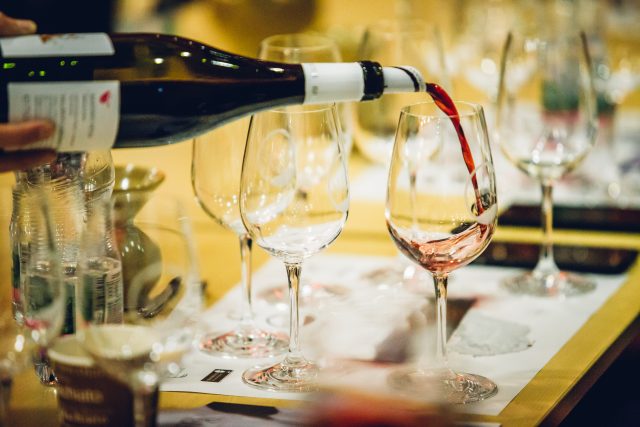 Aficionados have always appreciated the herbaceous expressions that Loire Valley examples offer and the grape flourishes on Bordeaux’s Right Bank, though largely ‘hidden’ in blends. More recently the grape has been finding favour in Tuscany and in cooler parts of North America and New Zealand’s Hawkes Bay.

Since then the grape has acquired flagship status. “It is rare, that one finds 100% Cabernet Franc elsewhere, says leading producer Vylyan’s Monika Debreczeni, “Villányi Franc is unique – deep, rounded, complex, spicy, without green notes.’’ Erhard Heumann, another noted producer agrees that Villány has, “the terroir that allows the grape to fully ripen.” [Villány Franc has] “gorgeous spiciness, good fruit, a certain power without missing the elegance… we do not have the green pepper notes of certain cool climate Cabernet Franc.”

Villány has over 2,150 hours of sunshine annually. The soil is primarily limestone covered with layers of clay and loess, rich in lime and calcium deposits. Many of the best vineyard sites, such as Kopár, Jammertal and Csillagvölgy are situated on the southern and eastern slopes of the Villány hills and are especially valued for the optimum ripening of Bordeaux varieties, Portugieser, Kékfrankos and Syrah. To the west, the village of Siklós benefits from cooler sites, which lack the insulating effect of the Villány hills and have dense limestone soils with shallower loess and clay topsoils, promoting fresher red wine styles.

Hungary accounts for just 2% of world Cabernet Franc plantings with 1,300 hectares of vines (of which abut a quarter are in Villány), but it is with Chile, the joint-fourth biggest producer of the grape after France and Italy. Reflecting the importance of Cabernet Franc in Villány, the PDO includes the category Villány Franc and there is an annual Franc & Franc Forum held in Villány in November devoted to the Cabernet Franc grape.

The third Franc & Franc event featured selected examples of Cabernet Franc, mostly from Villány along with a few examples from across Hungary. The first flight featured ‘Classicus’ styles, which have no minimum ageing requirement. Standouts were the 2015 from young gun Bakonyi Peter from Makar dűlő (or ‘climat’) in Siklós and the 2012 from Jackfall Bormanukaktura sourced from Kirharsany & Gesztenyes.

The best of the premium wines reflected their warm vineyard sites, with ripe but happily not over-ripe fruit and plenty of alcohol. There wasn’t much under 13.5% and some breached the 15% mark. Nevertheless, the best of these managed to retain balance. At the lighter end of the spectrum Gere Tamas & Zsolt Pinceszete Villányi Franc Valogatas Premium 2012 exhibited some Bordeaux-like character: freshness, herbaceousness, black fruit, some generosity but also austerity. At the other end of the spectrum Bock Pince Villányi Franc Fekete Valogatas Premium 2014 was built to last, offering lots of oak and tannic structure, while retaining freshness. Somewhere in the middle and perhaps typical of the better styles was Gere & Weninger Pinceszet Villanyi Franc Premium 2015 featuring some well judged savoury-sexy oak, with youth and modernity, richness and flesh, and some firm backbone.

The quality and character of Cabernet Franc from Villany seems worth investigating for UK buyers. The challenge is recognition. The region and its country Hungary have a couple of problems in export markets like the UK. The first is based on a rather lazy, unexamined prejudice that it is ‘ex-communist’ and ‘Eastern European” and therefore mediocre. Its second problem is the dominating reputation of Tokaj. If consumers have heard of Hungary it is most likely they have heard – and probably never tasted – the legendary sweet wine. Older readers may also dimly remember Egri Bikavér.

But Villany is about to change that. Some Villány growers, including Heumann and Bock, are already working in the UK, with several others expecting to seal distribution deals soon. Meanwhile, a generic campaign is planned for 2018. Expect to find some Villany Franc on the shelves soon.