Applications for catering jobs have fallen to their lowest figure in three years as Brexit takes its toll on the hospitality industry. 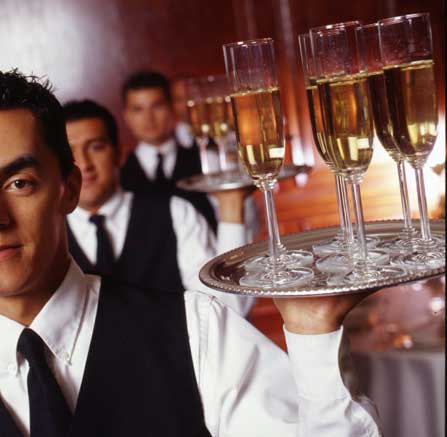 Brexit has already hit the hospitality industry hard as applications for jobs in the catering sector fell by 20% in 2017, according to the latest figures from CV Library.

The news comes after figures also revealed that salaries in the catering industry have soared by 7.4% in the run-up to Christmas.

While job vacancies in the catering sector fell 22.6% since November as companies wind-down their seasonal recruitment drive, the number of listings has actually risen by 0.6% since 2016.

There have so far been 387,073 applications submitted through CV Library this year, the lowest figure since 2014.

Though CV Library acknowledged that we are not yet at the end of 2017, a spokesperson confirmed that the number was unlikely to even out before the new year.

Lee Biggins told the drinks business that industry leaders should prepare for the situation to get a lot worse post-Brexit.

“It has been predicted that EU workers make up around 13.5% of the hotel and catering workforce,” he said, “and with our recent data revealing that there has been a decline in applications from EU workers post-Brexit, this could spark real issues for employers in the sector.

“What’s more, over half of UK professionals aged 24 and under have said that they are not willing to take on work that EU migrants traditionally do in the UK. With this in mind, it is not surprising to see that applications in the sector have seen a decline in 2017.

Biggins added that the problem runs deeper than simply finding EU workers to fill roles, and that “ongoing economic uncertainty” is preventing british workers from looking for new jobs out of fear for their career security.

“Ongoing uncertainty around the future of the UK economy means that many professionals simply aren’t taking risks and looking for new jobs. Though we expect to see these figures picking back up in the New Year, with the economy still stuck in such a difficult place it’s clear that workers are staying put in case the situation worsens.”