The hospitality world paid tribute to “Godfather of Italian cuisine” Antonio Carluccio following the news of his death on Wednesday.

Carluccio, who founded restaurant group Carluccio’s in 1999, owned restaurants in Britain, Turkey and the United Arab Emirates, and wrote 22 cookbooks over the course of his career, was known as the “godfather” of classic Italian cooking.

Neil Wickers, chief executive of Carluccio’s restaurants, told the drinks business that the chef was “a huge inspiration” with a zest for life and sense of humour which will be deeply missed by the executive board.

Jamie Oliver, who worked with Carluccio in the 1990s, shared his experiences on Instagram. 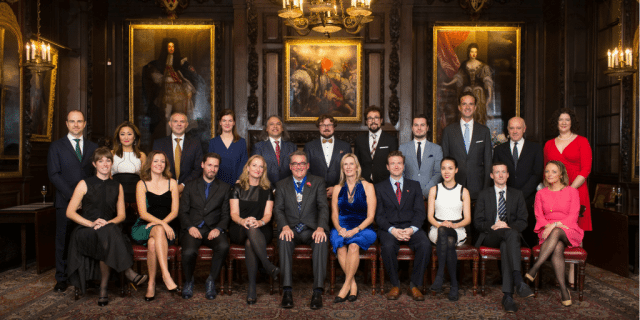 The 18 newest Masters of Wine were formally welcomed into the fold at the Institute’s Annual Awards Ceremony in London this week. Among the 18 new masters, who all passed in March and September this year, were Mark Andrew MW, Alistair Cooper MW and Emma Dawson MW from the UK and Morgan Twain-Peterson MW from the US, son of Ravenswood founder Joel Peterson. 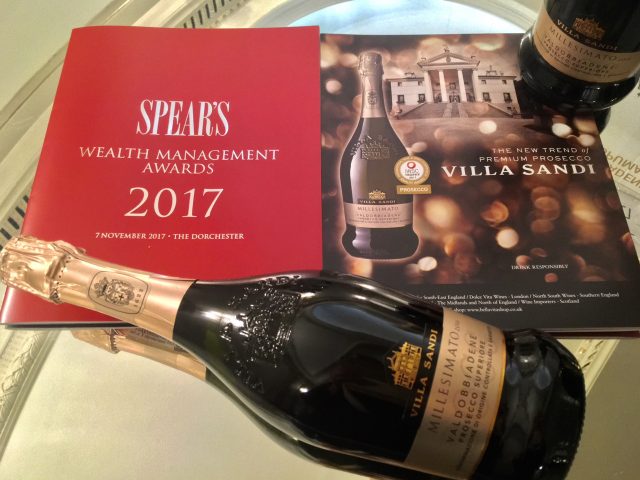 Premium Prosecco maker Villa Sandi sparkled as the sponsors of this year’s Spear’s Wealth Management Awards, pouring their Prosecco Millesimato DOCG for the biggest names in the financial industry at the Dorchester hotel in London. 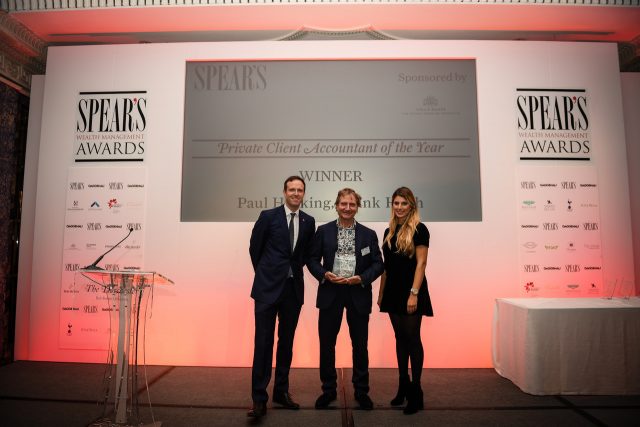 The Cornish sparkler — Camel Valley’s 2013 brut made by Sam Lindo — will be served in British Airways First Class.

Camel Valley have also provided wine for the State Banquet at Buckingham Palace for the King and Queen of Spain, hosted by HM the Queen, and was also served at Clarence House by the Prince of Wales to celebrate the birthday of the Duchess of Cornwall.

Camel Valley co-founder Bob Lindo said the team were “thrilled and delighted” to secure the deal with the airline, adding that drinking a glass in First class is “now top of my bucket list”. 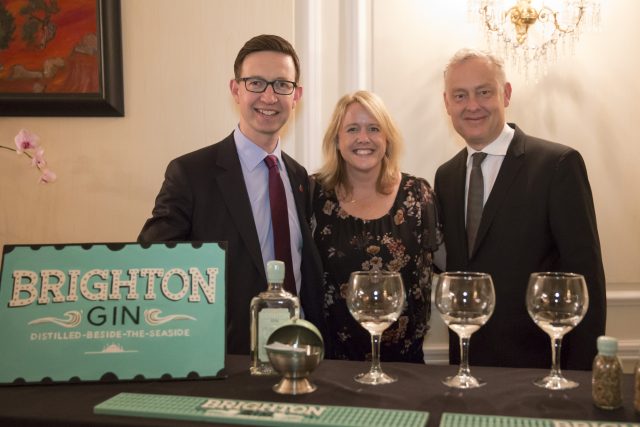 Miles Beale of the Wine and Spirit Trade Association visited Madrid this week to share some of the gin gems from all corners of the British Isles. 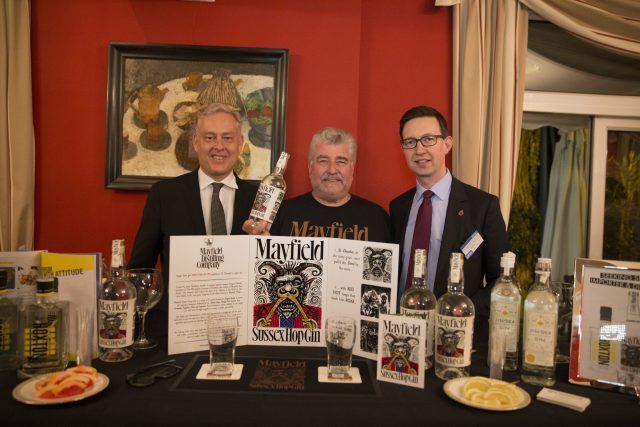 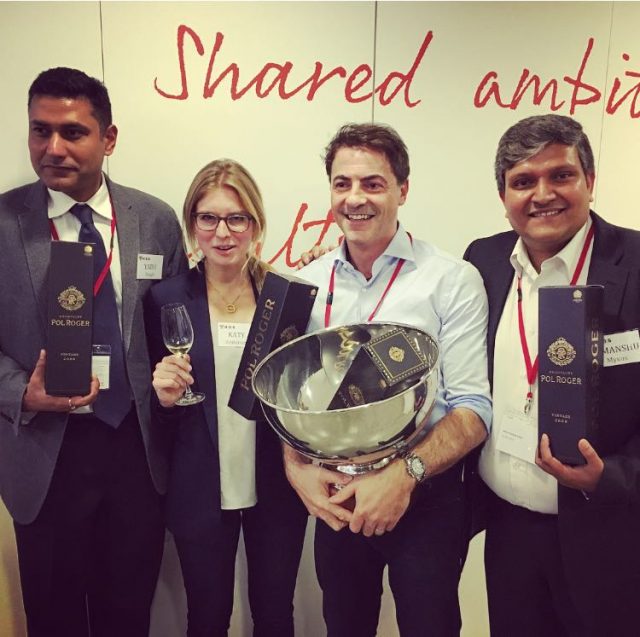 Over in the USA, the Wine Market Council announced on Wednesday that industry veteran Steve Burns has been named president of the non-profit trade association.

Burns replaces twenty-year Wine Market Council president John Gillespie, who will retire from the position at the end of November.

Burns said he was “honoured to join the Wine Market Council team, and I look forward to building on the great work done by John Gillespie over the last two decades.” 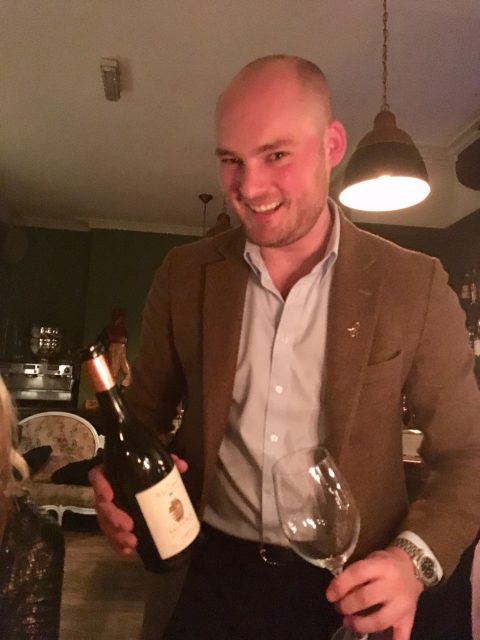 The lovely James Chase of Chase Distillery in Herefordshire hosted his autumn supper club at The Running Horse pub in Mayfair where over 40 guests feasted on pumpkin soup, bouef Bourguignon and gooey chocolate fondants along a giant trellis table. 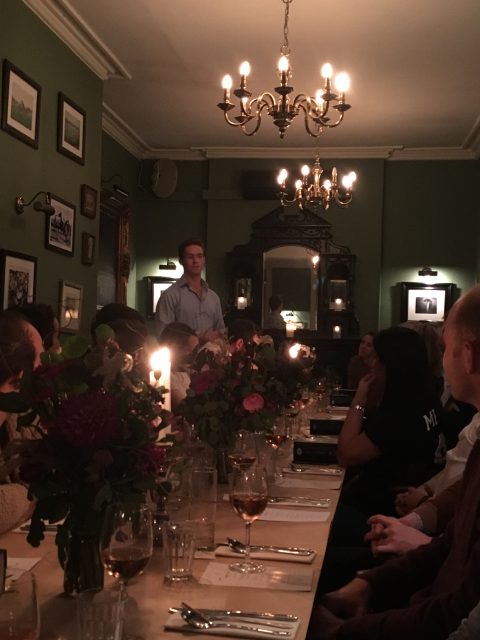 Among the wines on pour were Chase’s Provence pink and a Syrah/Grenache blend from the Luberon aged in amphora, which tasted delicious slightly chilled. 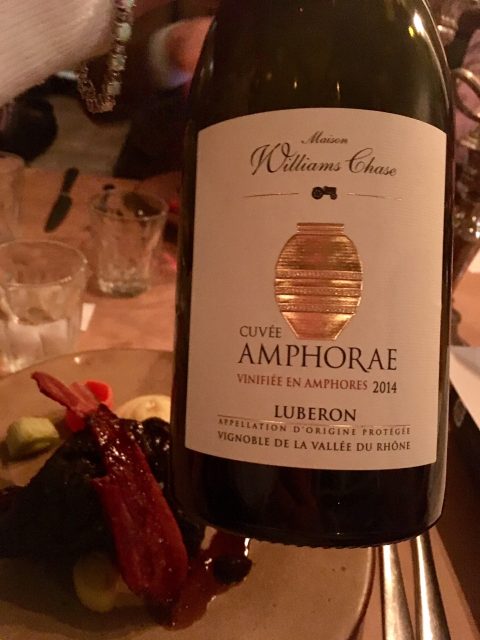 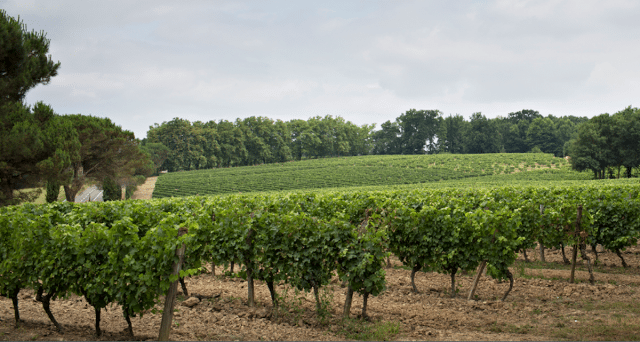 Four-star Gascony hotel La Bastide is celebrating the 50th anniversary of the estates’ vineyard — Chateau de Sandemagnan — producing its first Armagnac vintage with a bespoke weekend package for fans of the spirit.

The deal, which includes a one night stay, breakfast, a and a three course dinner, will also see guests taken through the vineyard’s rich history by resident oenologist Max Dumolié. 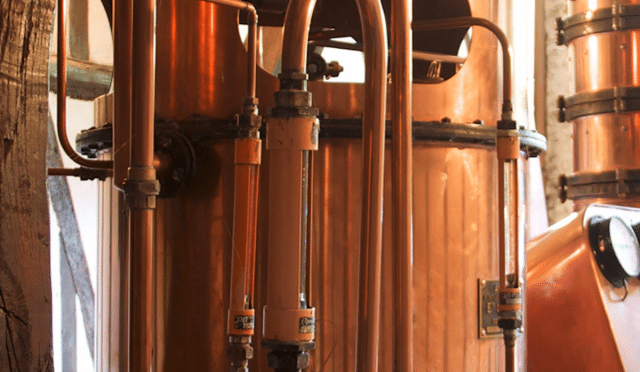 On top of this, guests will also receive a bottle of Armagnac Hors d’Age – Assemblage de Millesimes 1991-1999.

Armagnac is the oldest spirit to be distilled in France and a secret favourite amongst chefs.  There are three appellations within the region: Armagnac-Tenareze, Haut Armagnac and Chateau de Sandemagnan lays within the Bas Armagnac appellation, where over 50% of the spirit is produced.

The vineyard covers 52 hectares, 32 of which are dedicated to the spirit, and has its own alembic still with all maturation and bottling undertaken on site. 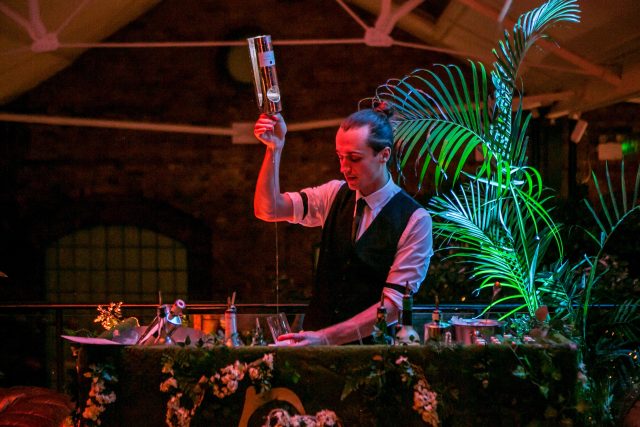 On Wednesday night the drinks business caught up with Michael Campion of premium spirits brand Four Fox Saké, as the drinks maker celebrated its UK Launch at Restaurant Ours in Knightsbridge. 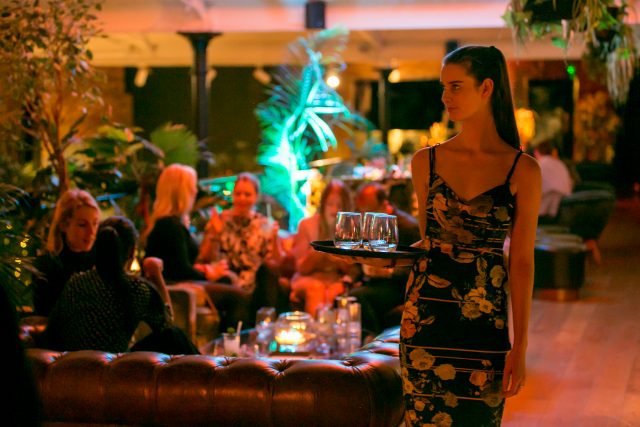 Born “out of a passion to revitalize the category,” Four Fox Sake hails from Niigata Prefecture in the northwest of Japan’s main island of Honshu and was founded by sake enthusiasts, Neil Hosie, David Innerdale and Andrew Rizkalla along with Tsubasa Nishitani who heads up the Japan operations.

Four Fox Saké expanded into the UK market this year, supplying some of West London’s most notorious haunts including Cirque Le Soir, Charlie Club Berkeley and the Cuckoo Club, where Campion and his team headed for the afterparty. 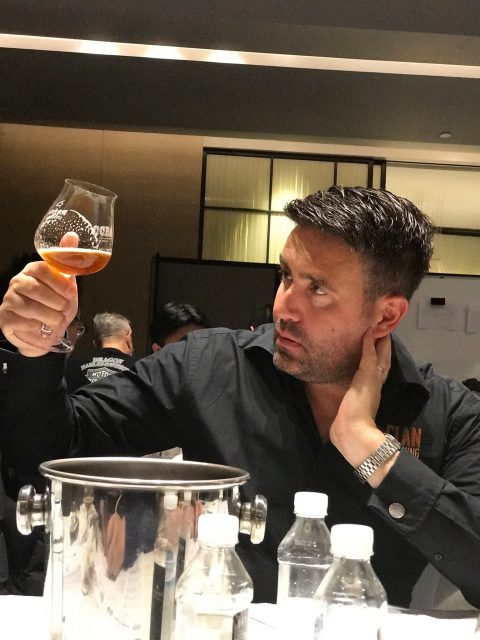 While Four Fox Saké came to Blighty, a champion of Scotland’s craft beer sector has been invited to Beijing to take part in the judging for the country’s Chinese CraftBeer Awards this week. 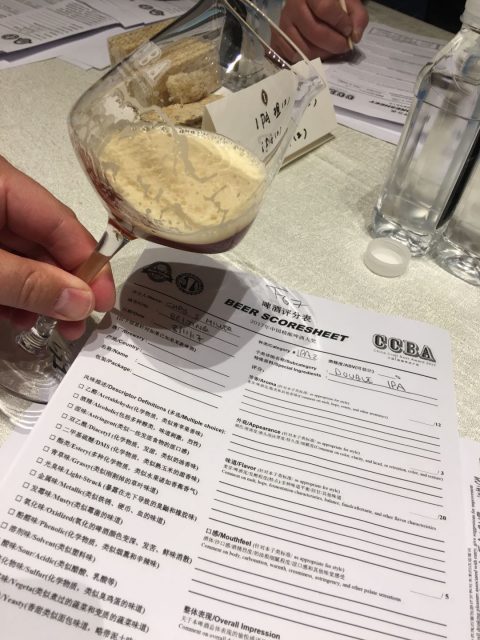 Chris Miller, director at the Craft Beer Clan of Scotland and a veteran of the sector, was invited to join the international panel of judges in Beijing after hosting Kurt Xia, president of independent Beijing taphouse Panda Brew, at the inaugural Scottish Beer Awards last year. 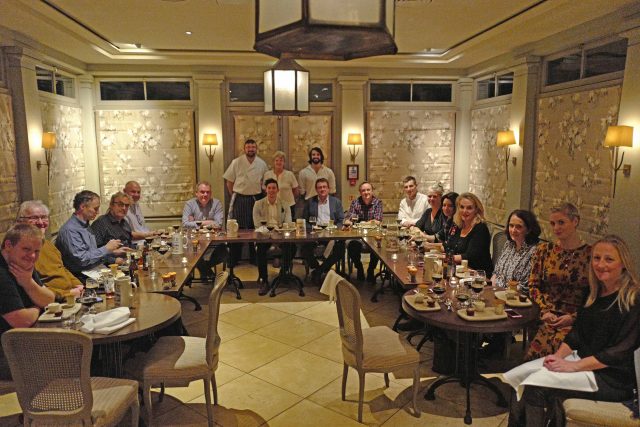 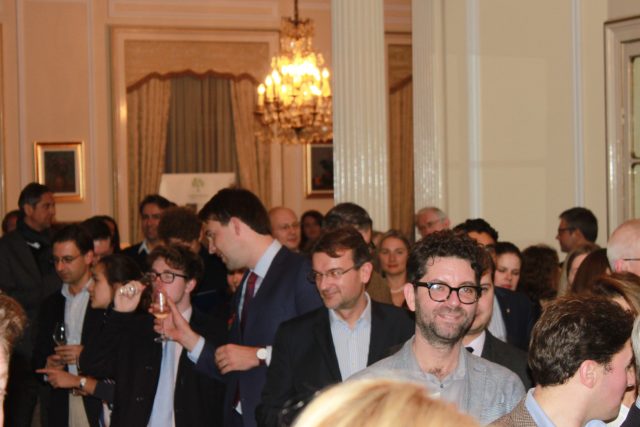 Romanian winemakers gathered at the country’s Cultural Institute in Belgravia for their first Wine Tasting Event on Wednesday.

The evening was in support of Hospices of Hope, which pioneers healthcare for patients with life-limiting illnesses in Romania, Serbia and Moldova. 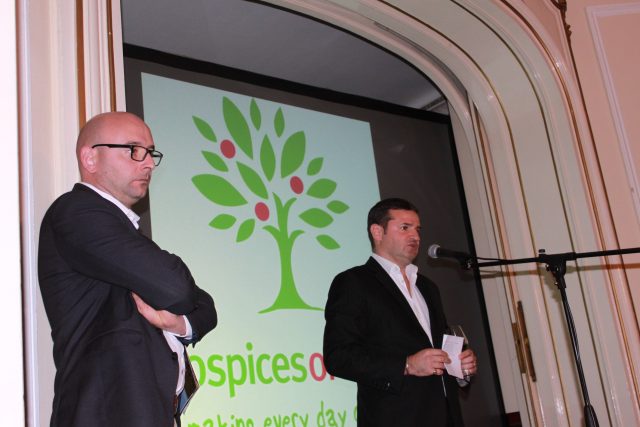 Dagon Clan wines founder Mihnea Vasilache led the night with tales of the history and origin of Romania’s wine production. The event raised £4,000 for Hospices of Hope, which will go towards the copmletion and running of a Children and Family Centre at Copaceni, in Romania. 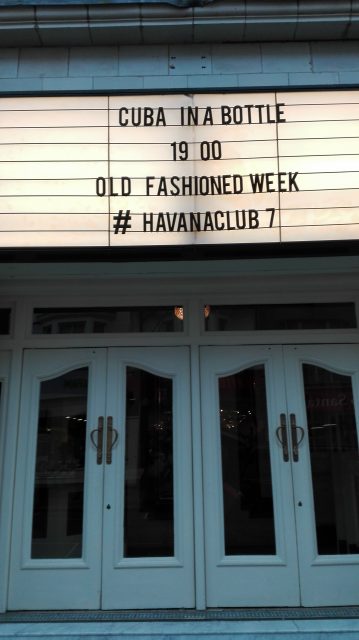 Rum flowed freely in Notting Hill’s Grade II listed Electric cinema at the premiere screening of Cuba in a Bottle last Thursday. The documentary, brought to life by Havana Club and co-written by acclaimed spirits writer Dave Broom, explores authentic Cuban culture and the importance rum plays in Havana and beyond. 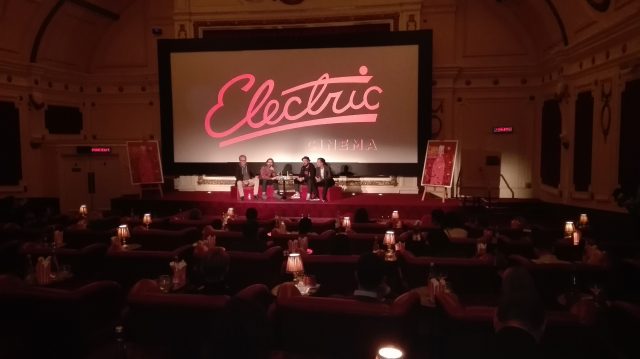 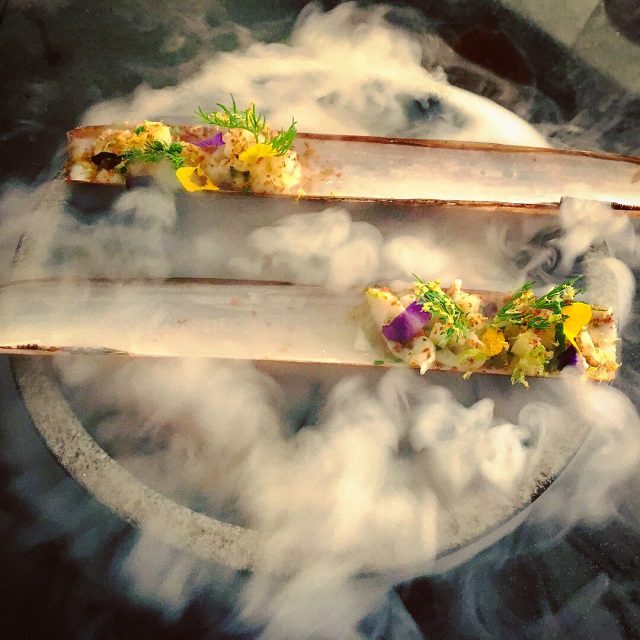 And finally… db headed down to Adam Handling’s second Frog site in Covent Garden where we were blown away by his five-course tasting menu featuring razor clams with apple and hazelnut theatrically served billowing with dry ice. The smoked cod snack was also off the charts. 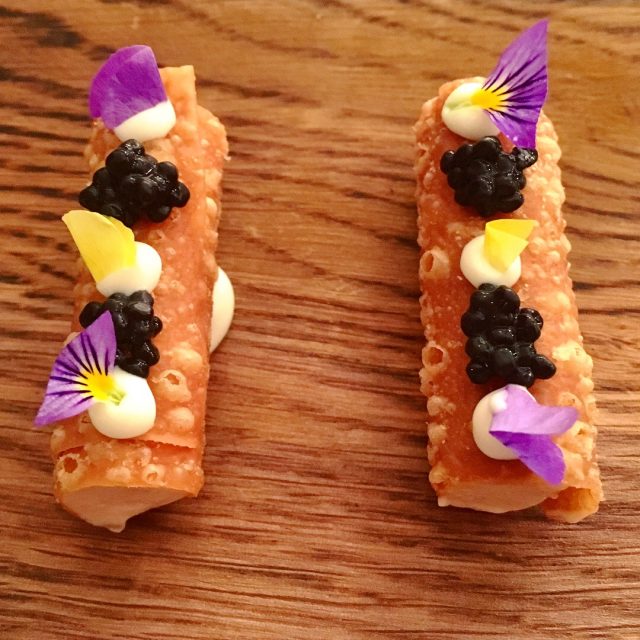 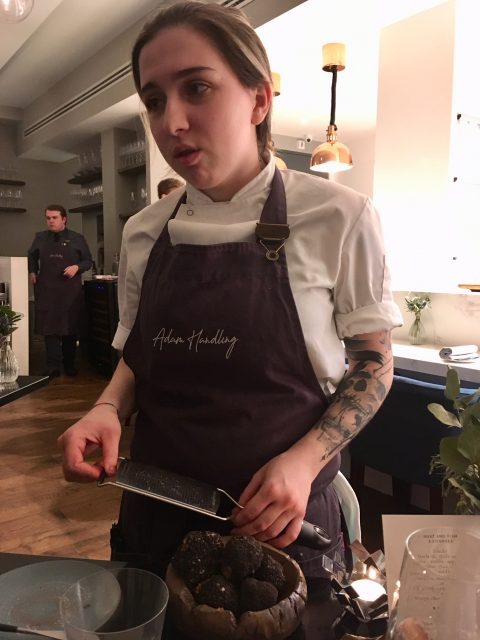 To accompany Adam’s signature celeriac dish we were treated to a blanketing of black truffle. 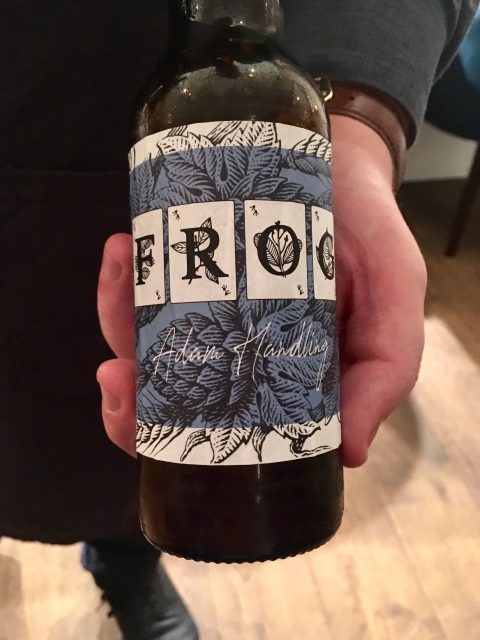 Drinks on the night included The Frog’s own brew and a divine yuzu saké that slipped down dangerously easily. 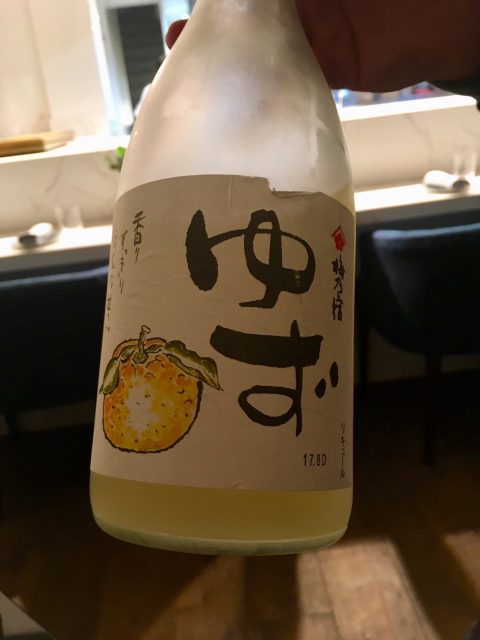