Global wine production is forecast to fall to its lowest level in over 50 years due to the terrible frosts that struck Europe’s wine producing powerhouses earlier this year. 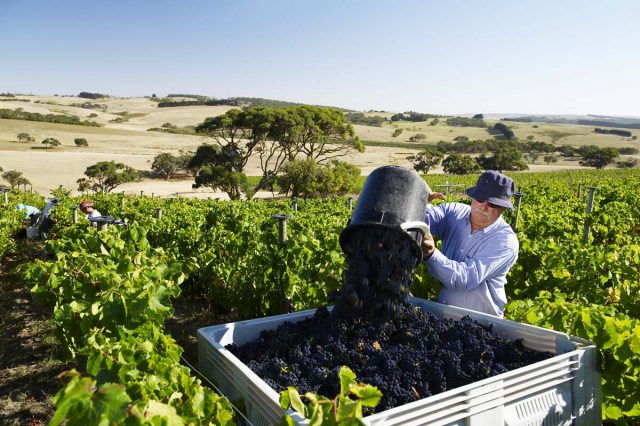 According to an initial estimate by the Organisation of Vine and Wine (OIV), global wine production will fall to 246.7 million hectoliters in 2017, down 8% on last year.

The projected drop is largely a result of terrible frosts and a heatwave that hit France, Spain and Italy (indeed continental Europe at large)this spring and summer.

The three countries are among the largest wine producers in the world and any losses suffered there have an immediate and drastic effect on the overall statistics for worldwide wine production.

The European Commission has already said it expects production in Europe to be at a 36 year low with the OIV currently estimating that Italy will suffer a 23% drop, France will be down 19% and Spanish production down 15%.

With harvests now at an end the final, official figures from hard hit regions such as Bordeaux and Champagne are yet to come out, although Rioja recently reported its total production is likely to be 359 million kilograms – a smaller than normal harvest due to frost and drought.

Around the world there were some tricky harvests in New Zealand this year but back in Europe Burgundy enjoyed a ‘normal’ harvest and the harvest in South Africa was also declared to be slightly larger than normal and, despite the horrendous wildfires, California is also looking at a good size and excellent quality crop; while in Australia the crush was reportedly 5% higher than in 2016 and the third consecutive vintage where the tonnage has increased.

Quality too is unlikely to be overtly impacted by the reduced crop. Although many European regions were hit had by frost and hail early in the year, the rest of the growing season went by with excellent weather conditions and in such instances a small crop often leads to high quality wines – just in disappointing quantities.

The definite downsides to the fall in production in France and elsewhere is the pressure it will continue to exert on small producers who have suffered successive small harvests over recent years while there will also very likely be a marked increase in the price of those wines coming out of hard-hit areas in 2017.

Rabobank recently published a report highlighting the on-going squeeze in the bulk wine market due to small harvests in 2016 and now 2017.