Wild goldfish ‘under the influence’ during winter freeze

Scientists have discovered the process by which goldfish are able to survive freezing conditions, which involves turning lactic acid in their bodies into alcohol – and to levels that exceed many drink-driving limits. 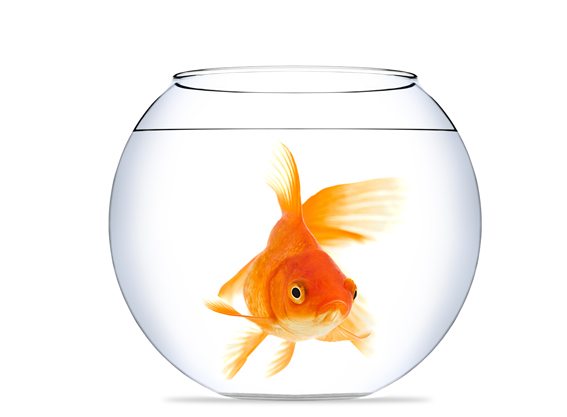 Scientists have known since the 1980s that goldfish are able to produce their own alcohol but until now it was not known how they did it exactly.

Researchers from various institutions including the University of Liverpool and University of Oslo have discovered that the popular pet and their wild carp relatives have a set of proteins in their bodies that channels carbohydrates towards the mitochondria, the ‘power pack’ in cells that convert oxygen and nutrients into adenoise triphosphate (ATP), which provides the chemical energy for a cell to perform its metabolic activity.

In the icy lakes and rivers in which these fish sometimes live oxygen levels plummet. When oxygen levels fall the consumption of carbohydrates builds up lactic acid which the goldfish can’t get rid of and which will kill them in minutes.

So goldfish and crucian carp have evolved a second set of proteins that begin converting this lactic acid into alcohol, which is then released through the fish’s gills.

As well as convenient way of surviving in low oxygen environments, one of the report’s authors, Dr Elisabeth Fagernes from the University of Oslo told the BBC that the trick allowed the fish to live in freezing waters and thus avoid predation and increased competition over the winter months; all the other fish having migrated to warmer waters.

The fish go on producing alcohol as long as the lack of oxygen persists and Dr Michael Berenbrink of the University of Liverpool, said that blood-alcohol concentrations of more than 50mg of ethanol per 100ml was possible, which, as he pointed out, “is the drink-drive limit in Scotland and Northern Europe.

“So they really are ‘under the influence’.”

Interestingly, the high levels of alcohol are unlikely to kill the fish as it constantly excreting it, but in a pro-longed freeze there is the possibility that the nutrients stored in its liver will run out after which it most certainly will expire.

On a broader point, the researchers said that this special ability offered up some very important lessons on cell function.

More for fun, however, they also calculated how long it might take for a goldfish to make an alcoholic drink using its excretions.

Sealed in a beer glass, a single fish would apparently take 200 days to produce a drink of 4% abv, so it’s unlikely anyone will be producing goldfish or carp-liquor anytime soon… and that’s probably for the best.