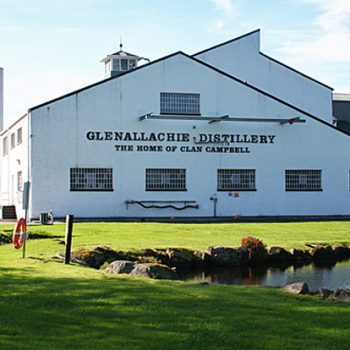 The group annoucned yesterday that it had reached an agreement with with Billy Walker, Graham Stevenson and Trisha Savage, now known as the Glenallachie Consortium, for the sale of the Glenallachie Distillery.

The trio said its aim with Glenallachie was for it to be a “wholly Scottish owned, Scottish based, and truly independent Scotch whisky company producing excellent whiskies and offering them to the market at premium but affordable prices”.

The Glenallachie distillery was built in 1967 by Mackinlay McPherson, and later bought and mothballed by Invergordon Distillers in 1985. It was then bought by Pernod Ricard-operated Campbell Distillers in 1989.

Pernod Ricard said the disposal was in line with its strategy to focus on its priority spirits and wines brands and to “adjust its industrial footprint to its needs”.

Billy Walker is a well known figure in the Scotch trade thanks to a 40-year career that has seen him spend time at Ballantines, Inver House Distillers and Burn Stewart. Most recently, he led the revival of the BenRiach distillery in 2004 as its managing director, with the The BenRiach Distillery Company portfolio eventually coming to include the GlenDronach and Glenglassaugh distilleries and brands.

In February this year, it was announced that Billy Walker would leave BenRiach following the appointment of Morrison Bowmore’s Rachel Barrie as master blender.

Walker’s fellow investors, Graham Stevenson and Trisha Savage, have each spent three decades in the Scotch industry, Stevenson initially at the North British Distillery Company in Edinburgh, before moving to Inver House Distillers in 1994. He has remained there for the past 23 years, spending most of that time as managing director.

Savage meanwhile has worked closely with Billy throughout the last 30 years, and was instrumental in establishing and building the BenRiach Distillery Company.

The sale of Glenallachie, agreed for an undisclosed sum, is expected complete before the end of 2017.