Virgin Wines set to roll out new website in July

Virgin Wines is set to relaunch its website next month as it looks to build its digital strategy. 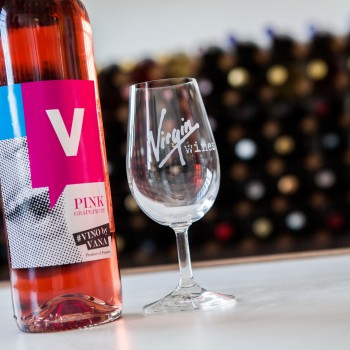 The online wine specialist told db that the major overhaul of the new website, including new content and capabilities, had been due to roll-out last year and had been in testing a year ago, but had been pushed back  and would now take place in July, in order to fit better into its financial year.

In December it appointed former vice president of marketing & customer experience of gaming company Inspired Gaming Group,Chris Lawson in December as its new chief marketing officer to boost its digital strategy, with Lawson set to boost Virgin’s interactivity with its customers. It is also planning to launch an app to streamline its operation that will dovetail with the new site.

“With an app, you have to be careful what you want, and not have it for the sake so that it does something that the website doesn’t do.   So normally it’s about making life easier for the customer – easier and faster,” Virgin boss Jay Wright told db in a recent interview. “Chris is driving a different emphasis to what we’ve done before. We’re really excited about what lies online.’

The new site, which launches on 9th July, will provide more information and education on wine, Wright said, as well as expanding the company’s capacity and boosting its customer-base.

There had been a decline in the number of subscribers to Virgin’s wine platform, Wright said, due to the focus on building its Wine Bank customer-base, but having seen the Wine Bank numbers rise to around 75,000, the original subscription platform would see a increasing focus in the coming year.

“We decreased it on purpose, but next year we will look to built it up on a modern platform – subscription schemes have changes, we are looking at a new model and how we can modern that offer, which will go hand in hand with the new website,” he told db.

The company has seen its B2B channel grow to around £2.5 million, twice the amount of the previous year, and says it has lined up several “substantial” partners, following the most recent partnership with train operator Virgin East Coast, “a natural link up”, Wright said.

“As a consumer brand, we have to ensure they have a good experience so it is as much brand awareness as commercial,” he said.

The retailer has also focussed on ramping up its range of mid-priced £8-12 wines to cater for customers’ buying wines for ‘special occasions’, doubling its range of higher priced wines. It has also boosted its South African range on the back of an “exciting” harvest, and looking to Spain and Easter Europe for wines with “bang for your buck”.

Having previously told the industry to “get a grip”‘ and not talk the wine category down in the light of the volatility of Sterling following the Brexit vote, Wright also noted that there were opportunities as a result of the Brexit vote. “We take the opportunity. When things become challenging, it makes you work harder. And it opens up other areas, so we can take that opportunity.