Torres: We have to defend the culture of wine

Spanish wine giant Miguel Torres used the acceptance speech for his Lifetime Achievement Award at Vinexpo this week to speak out about the need to “defend the culture of wine”. 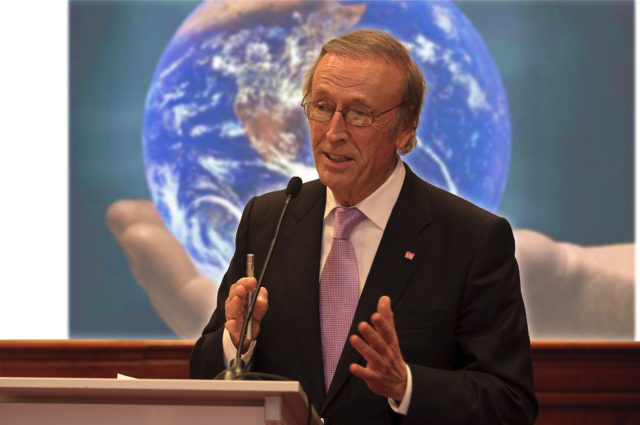 Having just been given a Lifetime Achievement Award by The Drinks Business and the Institute of Masters of Wine, Torres took the opportunity to defend wine’s importance in the world.

“Wine is something special; it’s culture and something that you share at the table with your family. I remember I used to be given a spoonful of wine on Christmas Day by my parents.

“Wine is there to make life a little better for people and we have to defend it. There are politicians and doctors who are rallying against it, even in moderation, which is a problem.

“I’m conducting research into drinking wine in moderation to prove that it can be a good thing,” Torres told the audience of drinks industry influencers.

He also spoke about how far the wine industry has progressed in recent years. “Everything is progressing in the wine world – I remember years ago people were drinking Mas La Plana in China but they were mixing it with Seven Up, which is terrible. That’s not the case anymore.

“Torres started from humble origins – we were farmers who launched the winery in 1939 at the end of the Spanish Civil War. During the ‘40s my dad was selling our wine in barrel in New York but nobody wanted barrels by then, they wanted bottles,” he said.

“I joined the company in 1962 with plenty of ideas and no vineyards. There was still the Cava culture in Penedes at the time and I remember making Tempranillos with almost no colour, which took a lot of years to change.

“We brought Cabernet Sauvignon vines over from France in order to make quality wines,” he added.

On the subject of winning the award, Torres joked that it might be a hint to let the younger generation of the Torres family take the reins, and flagged up the perks of growing older.

“Getting older is not so bad – I’m 75 now and I’ve been waiting for a long time to be able to ski in the pyrenees for free, which they let you do when you turn 75.

“I also get a discount when I go to the movies, so it’s not so bad,” Torres quipped, but added that he has no plans to fully retire from the family business just yet.

“It is a wonderful surprise to win this award, I’m so pleased. I’m not retiring yet as I’m still president of the company and work four days a week, tasting with the team once a week.

“In my spare time I’m developing my Japanese and Russian language skills and have started learning to play the Spanish guitar,” he said.