The editor-in-chief of The Wine Advocate, famed for its use of the Robert Parker points system, has acknowledged that scores “aren’t everything”, with robust and reliable tasting notes also required to put a wine into context. 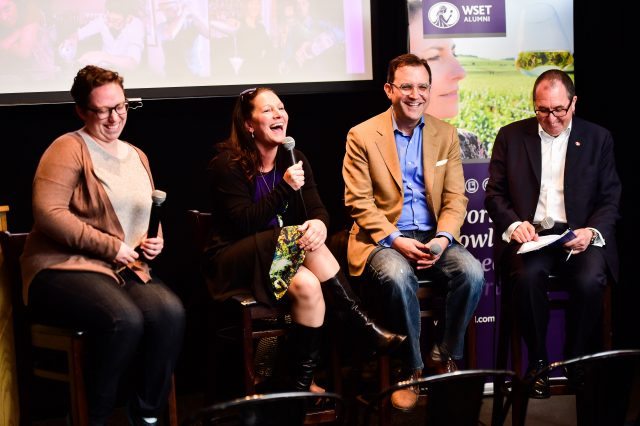 “Scores aren’t everything,” said Lisa Perrotti-Brown MW, during a discussion led by the WSET on the importance on wine scoring systems. “They only tell you where a wine sits qualitatively amongst a group of its peers, but they tell you nothing about the style of the wine.”

For that, she noted the importance of “reliable and rigorous” tasting notes, reviews and tools such as WSET’s Systematic Approach to Tasting to accompany a score and give a wine meaning.

The concept of wine scoring began in the 1980s when Michael Broadbent introduced the star system in his book, The Great Vintage Wine Book, which was followed by the development of Robert Parker’s 100-point system.

This, she said, developed “a whole new way of viewing wine as a commodity – as something you can purchase and make money from,” which in turn has had a substantial influence on consumer buying decisions.

The rise of crowd-sourced rating apps such as Cellar Tracker, Wine Searcher and Vivino have also impacted the dissemination of scores and tasting notes, which while offering increased exposure to wine brands, comes with its own set of challenges.

“The challenge is that you don’t know who is doing the rating, what qualifications they have or what their agenda might be,” said Perrotti-Brown, who also raised concerns over score overkill, which might dilute the value of scoring, and score inflation, which risks their reputation and damages consumer trust.

Perrotti-Brown made the comments during a panel discussion led by the WSET on the power of scores for wine and spirit brands, attended by wine and spirits professionals and diploma graduates as part of its first WSET Week USA.

With regards to spirits, the rating system is younger in its development, said Katz, who stated that the evaluation of spirits is still a problem.

“In many ways, I look up to the wine and beer industry because the evaluation process is wholly honest,” he said. “While spirits evaluators have the skill set, these qualified experts are, by and large, also paid consultants, many for brands,” adding: “It’s an immense challenge to avoid brand influence.”