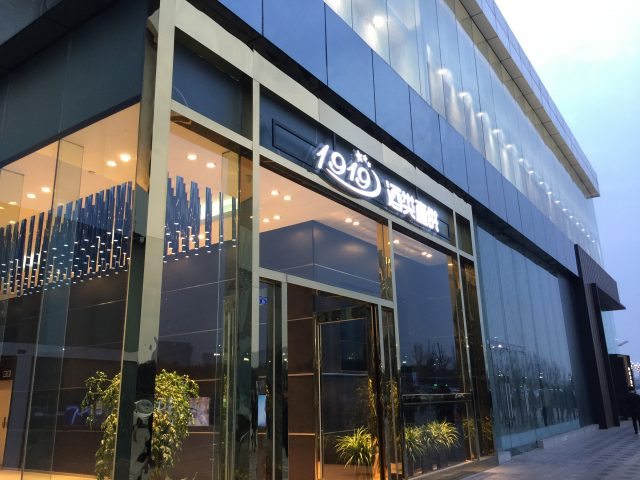 Its net profit also rose by 51.88% to RMB 263 million (US$38.1 million), making a strong rebound from last year’s profit loss of RMB 86.6 million (US$12.5 million). By contrast, JD.com, China’s second biggest e-commerce company after Alibaba, suffered consecutive profit loss from 2011 to 2015 although its annual revenue reported growth each year.

The increase in both revenue and profit is a result of the company’s expanding portfolio that includes popular Chinese baijiu, imported spirits and wine brands, in addition to the company’s growing network of offline stores that cover 31 provinces and municipalities in China.

Last year, 1919 signed a strategic agreement with spirits giant Diageo for a five-year cooperation on distribution and brand building online and offline in mainland China. Haig Club Clubman, a single grain Scotch whisky, for instance, represented by David Beckham, was launched in China via 1919 and became an immediate success.

The company also entered a partnership with Vinitaly International and the Vinitaly International Academy as their official educational partner. Its CEO Robert Yang, speaking at ‘OperaWine, Finest Italian Wines: 100 Great Producers’ earlier in April, revealed that the company is planning to boost its Italian wine sales in China to more than two million bottles by 2020.

Founded in 1998 in Sichuan province in southwestern China, unlike other Chinese e-commerce companies, 1919 specialises only in wines, spirits and other alcoholic beverages. The company has warehouses in 31 different Chinese provinces.