Shenzhen Customs has busted an illegal wine smuggling ring and confiscated around 10,000 bottles of contraband wines, valued at RMB 80 million (US$11.6 million), the latest and biggest haul yet as cross-border checkpoints tighten up control on smuggled goods. 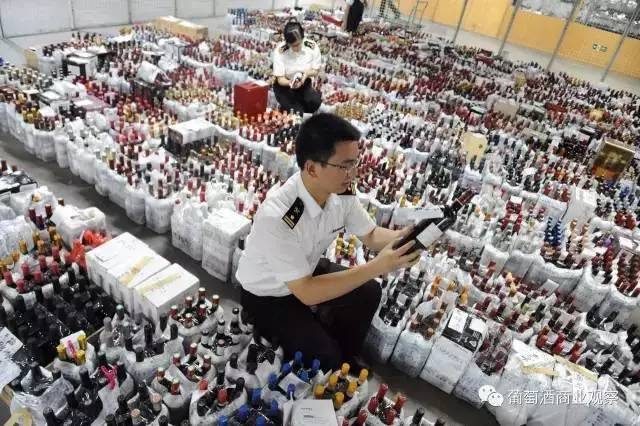 The case was brought to light when customs officers spent a year doing surveillance work on a local gang smuggling untaxed spirits into China that led to the discovery of smuggled Penfolds and undeclared Portuguese wines, the report said.

One insider with Shenzhen Wine Association told the news outlet that these confiscated Portuguese wines were so numerous they, “can fill up 10 wine shelves”.

This bust came hard on the heels of an anti-smuggling campaign launched last year by the customs department in China’s coastal cities. Since then police have stepped up their efforts to clean up illegal channels for smuggled goods including introducing a special lane for cross-border visitors with large suitcases. Goods such as milk formula, cosmetics and iPhones are often smuggled from Hong Kong to mainland China.

One anonymous wine merchant who deals in smuggled wines said that contraband wines and spirits are particularly targeted by customs officers. The smugglers who routinely carry wines from Hong Kong to mainland China either for wine merchants or private clients are known as ‘Coyotes’.

“Since the second half of last year, control has become tighter, and prices for smuggled wines have thus increased as well. The emergence of cross-border e-commerce trading and increasing numbers of fine wine suppliers have pushed merchants to be more careful with smuggled goods,” one wine merchant based in Chengdu, capital of Sichuan province in southwestern China, told the newspaper.

It’s unclear how big the size of the Coyote operation is but it’s an open secret that a sizeable share of Hong Kong’s fine wines in particular eventually end up in the mainland market either through legal or illegal channels, a point noted by Vinexpo CEO Guillaume Deglise as well during his press conference in Hong Kong recently.