Fongyee Walker MW became the first master of wine based in China last year, joining a prestigious club that has only a little more than 350 members around the globe. Her talent in wine came to the fore when she led the Cambridge University Blind Tasting team to victory over Oxford in 2004. After moving to Beijing in 2007, Fongyee co-founded Dragon Phoenix Wine Consulting, the only approved institute providing the WSET diploma course in Mainland China. Her company was also awarded the ‘Educator of the Year’ by the WSET in 2016. In a frank and off-the-cuff conversation with dbHK, the master of wine talks about her childhood hero, Jacques Cousteau; all the questions that she did not get a chance to ask her deceased grandmother, and why she would only give herself 88 points for personal satisfaction. 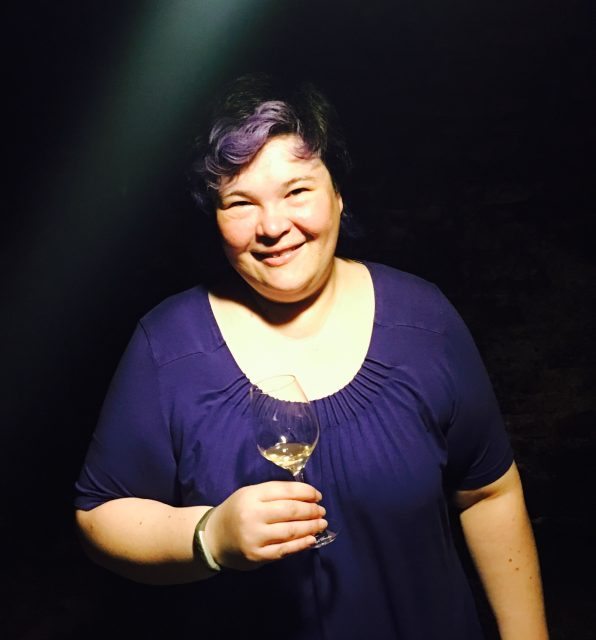 I am more like a non vintage sparkling wine. Take base wines from everywhere, everything, every year and add some bubbles, then there you are.

Of course, it was a beautiful bottle of Black Tower from my childhood. Such an amazing bottle to a kid, and when I was allowed to have a taste, oh it was so delightful! It seemed to me it was the absolute sophistication watching my parents have some with cheese after dinner. I still remember it now.

I think like a Brown Brothers Dolcetto and Syrah: two grapes completely unrelated and made in a third place, not sure where the homeland is, but full of excitement. Loves to deal with young people, and generally likes to be a little bubbly. But never mind, it’s fun!

I am happiest lying on the couch after a home cooked dinner together with my husband and my cat and watching some mindless murder mystery, chilling out and relaxing and maybe a little bit of Boal Madeira to help the evening along.

Food and drink, lovely food and lovely drink. That has been the overwhelming vice of my life for as long as I can remember. I must have been the only 10-year-old to ask for a bottle of pink Champagne in a French restaurant as my birthday present for goodness’ sake.

The best advice I’ve ever got was from Monty Python: “Always look on the bright side of life”. That was it.

The best thing about the wine business is definitely some of the most wonderful people you meet there. They are cultured, lively, interesting, passionate, and full of love for what they do. You know, there aren’t many industries where you can meet a set of people like this. It’s a tremendous joy and privilege to get to spend so much time with some of these people. It’s amazing.

The worst thing probably arises from the fact that so many people are passionate about wine as well. The worst thing is that so many people in the industry tend to really overestimate the amount of people that are engaged in wine. You know not everyone is passionate about the vineyards, not everyone is passionate about making wines, sometimes you just want a good drink. Sometimes, we are in the wine industry get too up ourselves and think that this is important as a cure for cancer, but it’s just a fun drink and we should just enjoy it.

It’s really hard because I haven’t got a bucket list. I just don’t have one. Because if you don’t do it, you don’t do it. Big deal, you die. It doesn’t make a difference to anyone else. It doesn’t make a difference to me. I really never understand the concept of a bucket list. Just take what life grabs at you with both hands, don’t try to manipulate it. I am always a firm believer in that, just take the situation you have and enjoy it to the full.

If it’s really a dream, I would actually like to invite my Chinese grandmother who died before my Chinese got really good. So I’d love for her to come to dinner, and I would ply her with sticks of Tang Hu Lu (糖葫芦 ), her favourite Beijing snack. And I would ask her all the questions about what it was like to be born in China in that time into a Manchurian aristocratic family; what was it like to go to Beijing in the ’30s and party in the Beijing Hotel; and what was it like to flee the Communists in 1950s and start a new life in Hong Kong. All of these questions that I never got a chance to talk at all because my vocabulary was too bad. I think she was pretty remarkable, the first girl in the family to get an education, first girl to go into business. I would love to have the chance to talk to her at the dinner party.

Personal satisfaction (Parker points – out of 100)

The problem with the Parker points is my basic attitude. To be honest, I’d rather be a friendly, nice, easy-going 88 pointer than some very serious, overtly extracted, big wine that’s gonna score 100 points. I basically lack the complexity and intensity to reach that level. Hey, I love being a friendly, juicy and nice 88, and it sounds good in Chinese. I like that number.

As I don’t believe in God, afterlife or anything after death, I don’t want to spend anything on a funeral. I’d like to do something worthwhile after I died. I’d love to continue to support the World Wildlife Fund, to hire more rhino protection agents to take out the evil poachers, to prevent the fishing of sharks.

All of these causes are far more important than spending money on wine at my funeral. I am not gonna be there to enjoy it, not that it makes a difference for me. So I might as well save the money to make a difference in the world, even if I can just save one rhino from being killed, that’s worth it, so much better. Life is quite short and we have our brief, frivolous time on the planet, so try to help the world that we left behind. Sorry to disappoint anyone at my funeral, all the money will go to the World Wildlife Fund.