American actress Hillary duff has teamed up with California producer Callie Collection on a new range of wines. 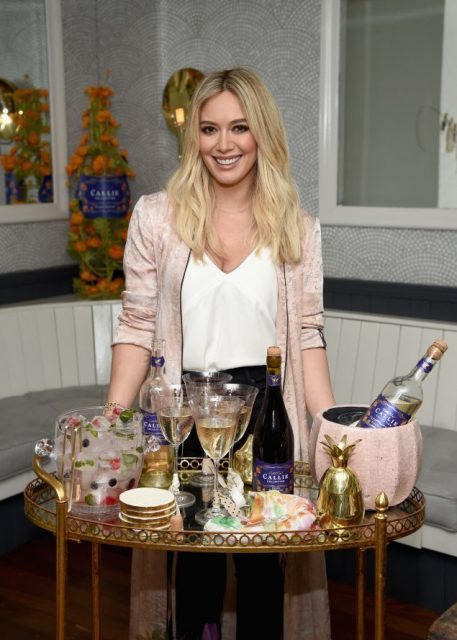 The Cinderella Story star launched the wines on Tuesday night at The North Cabana at La Sirena in New York’s Meatpacking District.

Taking a break from her starring role in Younger, Duff, who shot to fame as a child star in the Lizzie McGuire series, posed for photos with the wines, which hail from California’s Central Coast.

The Callie Collection includes a 2015 Central Coast Chardonnay boasting notes of “lime, pineapple and crème brûlée”, a Central Coast Pinot Grigio offering aromas of “melon, flint and pear”, and a ‘Fresh Red Blend’, which delivers notes of “blackberries, strawberries and vanilla”. The wines are priced at $13.9 each.