As distilling boundaries are pushed to the limit, a trend is growing in Australia for craft gins made using native green ants. 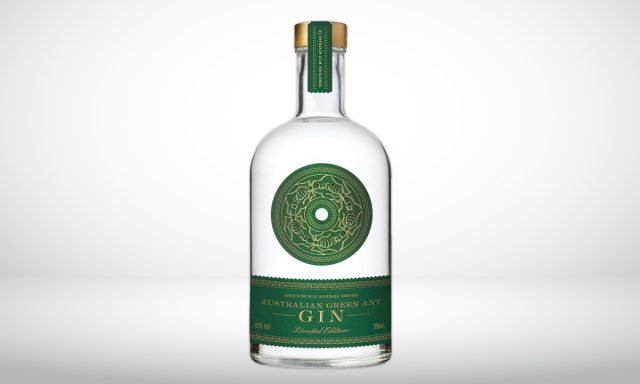 As reported by In Daily, green ants have been eaten for thousands of years by Aborigines for their high protein content and medicinal benefits.

Keen to tap into their nutrition value, a pair of craft distilleries in the Adelaide Hills have been popping them in their stills and turning them into gin.

The Something Wild Beverage Company released its Australian Green Ant Gin this week, while Applewood Distillery chose Valentine’s Day to launch its own Green Ant Gin.

The former is made at the Adelaide Hills Distillery by its founder Sacha La Forgia, who was squeamish about the idea but now believes that ants are the ideal botanical.

Munching a green ant for the first time, La Forgia was rewarded with “a flavour explosion of lime and coriander, and a fresh acidic zing,” he said.

The ants are sourced under permit from the Northern Territory. A handful are left in the bottle like a Tequila worm to add zing to the final flavour.

“By putting them in the bottle, I’m hoping to encourage people to eat them,” La Forgia told In Daily.

Meanwhile, Applewood Distillery has almost sold out of its limited edition Green Ant Gin, of which just 300 bottles were produced, priced at $120 (£74) each.

The gin is made with green ants from New South Wales and a number of native botanicals.

Distiller Brendan Carter reveals that the ants get their citric flavour from formic acid produced in ants’ abdomens, which they spray to defend themselves.

“We wanted to emphasise the native citruses, which a lot of people are getting their heads around at the moment, so there are finger limes and a little bit of strawberry gum leaf in there too,” Carter told In Daily.

These aren’t the first ant gins to go on sale. Back in 2014 Cambridge Distillery launched Anty Gin made with distilled red wood ants in collaboration with the Nordic Food Lab.

The brainchild of distiller Will Lowe, who creates bespoke gins for restaurants, Ante Gin costs £200 for a 70cl bottle. The Nordic Food Lab is a Copenhagen-based enterprise founded by Noma’s René Redzepi.

Back in 2012 Redzepi hit the headlines in London when he served live ants to diners in Kilner jars at his A Taste of Noma pop-up at Claridge’s.