A team of scientists in New Zealand has published a report they say disproves the theory there is any difference in ‘fruit’ and ‘root’ days in the biodynamic tasting calendar. 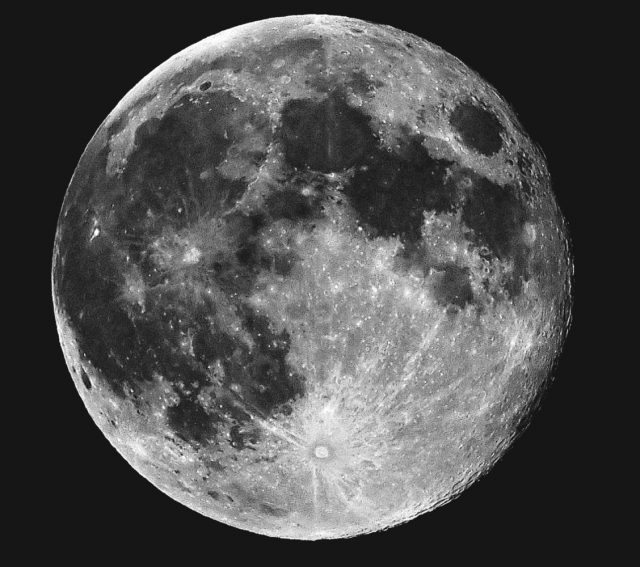 In a paper entitled: “Expectation or sensorial reality? An Empirical Investigation of the Biodynamic Calendar for Wine Drinkers”, the authors (Wendy Parr, Dominique Valentin, Phil Reedman, Claire Grose and James Green) asked 19 wine professionals in New Zealand – including a number of oenologists who work in organic and biodynamic ways – to try 12 different Pinot Noirs (from various regions) on both ‘fruit’ and ‘root’ days as determined by the biodynamic calendar (see full details below).

The tasters were not know the purpose of the tasting nor were they told they were tasting on a specific day.

The calendar in question was devised by Maria Thun around 50 years ago. Following the principals of biodynamics as laid down by Rudolf Steiner, the calendar posits that just as agricultural/viticultural practices coincide with phases of the Moon, so too should tasting wine.

The favourable ‘Fruit’ and ‘Flower’ days occur when the moon moves into Sagittarius, Aries and Leo; and Libra, Aquarius and Gemini respectively. The less favourable ‘Root’ and ‘Leaf” days when the Moon is in Scorpio, Pisces and Cancer and Virgo, Capricorn and Taurus.

As the authors’ abstract explains: Tasters rated each wine four times, twice on a Fruit day and twice on a Root day, using 20 experimenter-provided descriptors. Wine descriptors spanned a range of varietal-relevant aroma, taste, and mouthfeel characteristics, and were selected with the aim of elucidating both qualitative and quantitative aspects of each wine’s perceived aromatic, taste, and structural aspects including overall wine quality and liking.

“A post-experimental questionnaire was completed by each participant to determine their degree of knowledge about the purpose of the study, and their awareness of the existence of the biodynamic wine drinkers’ calendar.”

The wines themselves were also chemically analysed to determine possible differences in CO2, glucose, fructose, tartaric acid levels etc. as were the meteorological differences on the days in question. Although the team noted “there were differences in some measures,” they said there was no “systematic difference across Fruit and Root days that could conceivably be responsible for the minor differences in either sensory or physico-chemical data reported on the 12 wines.”

In conclusion, the team said their findings showed, “no evidence in support of the notion that how a wine tastes is associated with the lunar cycle.”

Nonetheless, even if the “major tenet” of the biodynamic calendar could not be supported, the authors noted that: “The question remains as to why some wines can appear to taste better on some days in comparison with others. In the present study we were not able to measure all possible factors pertaining to the taster (e.g., mood or stress level of the taster; influence of ovarian hormones).”

Ultimately, the team stated: “The outcome of the study is clear; the results demonstrate that judgments to the twelve Pinot noir wines were little influenced by tasting day. That is, there was little variability in descriptor ratings by experienced wine professionals between tastings of the wines on Fruit days versus Root days, despite our hypothesis testing adopting a lenient criterion for rejection of the null hypothesis. In fact, there was more variability within session, where wines were tasted twice on either a Fruit day or a Root day, than between sessions (Fruit vs Root day).”

Participants:
“Nineteen New Zealand (NZ) wine professionals participated in the study. All participants were experienced with production and tasting of Pinot noir wines. They were members of a panel of wine tasters who regularly participate in wine sensory research tastings and are involved in various types of wine production methods including conventional, organic and biodynamic. Mean age of the participants was 41.5 years (age range = 29–60 years), and there were 5 females and 14 males. The majority of participants were oenologists, winemakers and wine producers (N = 16), one reported her major occupation as viticulturist, and two participants were wine science educators. Seven of the participants were also formally designated wine judges. Two participants only reported that they were smokers. Mean number of years of wine industry experience was 18.2 years (range = 8–32 years). Participants were ‘blind’ as to the purpose of the tasting, with experimenter-provided instructions advising them only that the wine varietal under evaluation was Pinot Noir, and that they would need to attend two separate tasting sessions.”

Wines:
“Twelve Pinot noir wines from NZ’s major Pinot noir producing areas were selected for the experiment. Eight wines were from the 2012 vintage and 4 were from the 2013 vintage. The wines were from conventional, organic, and biodynamic producers. Wines were sourced directly from their producers, and all were sealed with screw-cap closure to ensure consistency between bottles and between tasting days. The wines comprised four wines from Marlborough, three from Central Otago, two from each of Martinborough and Nelson, and one wine from Canterbury (Waipara). All wines were 100% Pinot noir and ranged in price between NZ$30 – $50. The wines were selected by senior researchers and wine professionals on the basis of three criteria. These criteria were that each wine was judged by its producers as (i) exhibiting Pinot noir varietal fruity characters; (ii) comprising a phenolic (tannin) composition that provided perceived substance in terms of wine in-mouth structure, and (iii) being relatively youthful (younger than three years of age). The wines were stored at 14C until 24 hours before a session at which time they were slowly brought up to ambient temperature (22 C, + or– 1).”