London independent merchant Friarwood Fine Wines is expected to roll out its first e-commerce venture this week, as part of the new management team’s plan to develop and build the company. 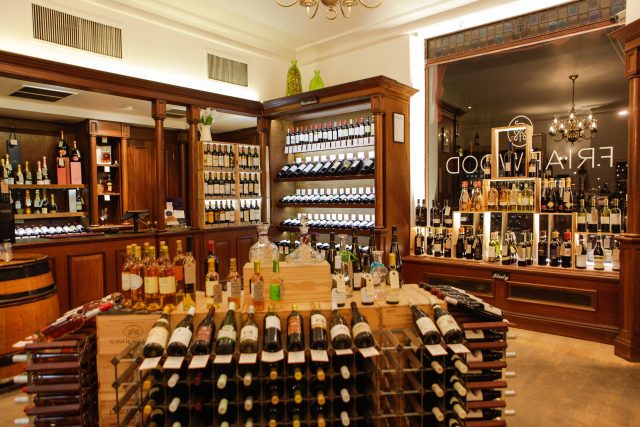 The e-commerce launch is part of new focus on technology by new owner and md Ben Carfagnini and his small team, who have already boosted the business’s agility and profile, as well as refining and expanding the range.

Until Carfagnini took over the business in February 2015 following the death of founder Peter Bowen, the merchant’s Parson’s Green stop had operated sales and stock solely using pen and ink, with neither E-pos or Wifi on site.

The new venture has been developed in partnership with New Zealand company Vend, with the e-commerce site synching directly to new cloud-based EPOS and being fully integrated with the new stock system, as well as being able to run complex analytics on basket sales which can be used for

The focus on tech is also being extended to delivery methods, and the team is pairing with an overnight national delivery company and local delivery services such as Uber or Shutl, which customers can use to find the best courier service based on delivery times and requirements, as well as its own van.

“So far we’ve used technology primarily in our back-office functions, but that has given us greater agility – and the e-commerce is an extension of that,” head of operations Edouard Dautreix noted to db in a recent interview.

He pointed to the growing trend of customers who choose to shop in small independent shops, saying the shop’s target customer were shoppers whose focus as on quality rather than quantity, arguing that there was a “hugely untapped market” for people wanting quality products at a good price.

“What is great from a retail point-of-view is that anyone can come into the shop and buy an entry level or a super premium bottles as cases are split and available to all customers, as they are kept on-site. And we are transcribing that to the e-commerce site,” he said. “Hopefully, a lot of traffic will be linked o the exclusive wines we have in our portfolio, such as Canadian sparkling producer, Benjamin Bridge.”

“We’re a London company, so London is where we have mastered the market, but when you launch e-commerce, you don’t know where sales will come from – that is the beauty of the internet. The Uk becomes a single market whereas with one shop, you aren’t going to sell to customers in Birmingham,” he said.