Showcased in a Salmanazar, the 2011 vintage of Santa Sofia’s Amarone della Valpolicella Classico DOCG, was the highlight of a lavish dinner held in Macau in partnership with Galaxy Macau and wine importer, Cottage Vineyards. 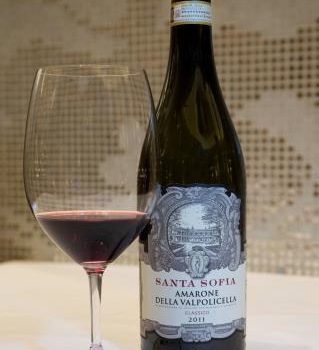 “We are very excited to have our first Santa Sofia DOCG Amarone bearing the year of Santa Sofia’s 200th anniversary appear in such a range of top dining establishments,” said Begnoni.

Santa Sofia is in Pedemonte, north of Verona, in the heart of the Valpolicella Classica region which produces Amarone della Valpolicella. In 1811, the estate was sold and renamed Santa Sofia and its modern day winemaking restarted in the 1960s when the Begnoni family took over ownership.

Mainly made from partially-dried Corvina grapes and Rondinella, Amarone wine was initially assigned Denominazione di Origine Controllata (DOC) status in December 1990 and then on 4 December 2009, Amarone and Recioto della Valpolicella were promoted to the status of Denominazione di Origine Controllata e Garantita (DOCG) in recognition of its historic wine producing origins and high quality wines.